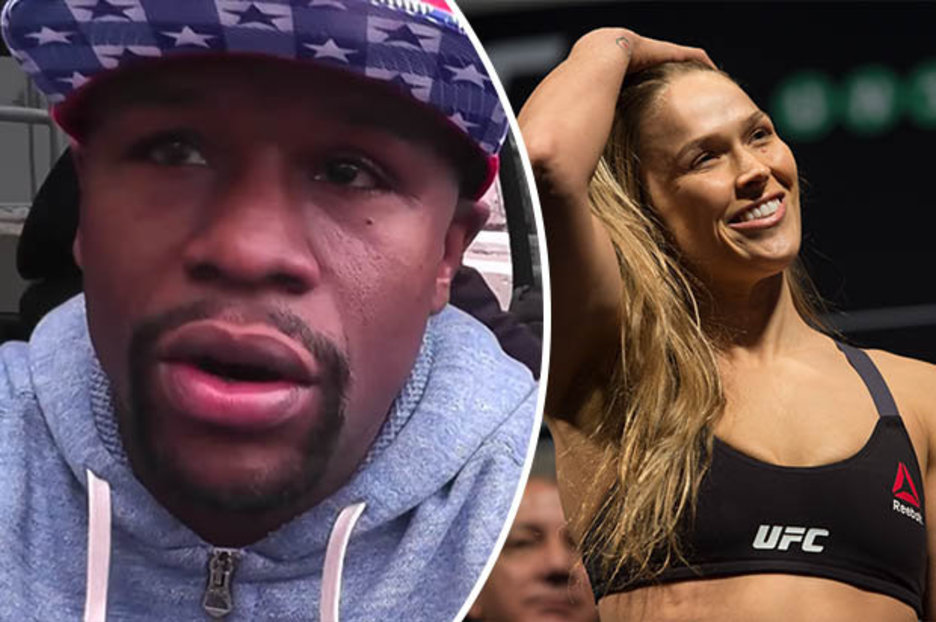 Floyd Drops Vintage Mayweather Knowledge On the Rousey Loss, “God Only Made one Thing Perfect; My Boxing Record”! Personally, I’m still trying to get over the fact that these two were ever put against each other as rivals.  Ronda fell into the hype, hook line and sinker and after first shocking loss, Floyd took the high road.  And he is taking the high road again…sort of.

RONDA EMERGES AFTER HER LOSS

Ronda, understandably went into hiding after her brutal defeat.  Then the first peep we heard from her as via Instagram with a quote from JK Rowing.

Then her house was vandalized in Venice Beach and the dailymail took to twitter when she emerged.

What many people considered previously to be a hot babe, looked like a throw back from 16 and pregnant.  Humble pie is a tough meal, especially when it’s served at the end of two gloves busting you in the mouth with it…..in front of millions of people

Floyd was getting in his car when the paps caught up with him and he was more than willing to talk about Rousey and her loss.  He took the high road, but also threw in a few subtle jabs.  This is what he had to say

As we are learning, a record like Floyd’s is becoming harder and harder to achieve, so if anyone is entitled to Talk Smack it’s Floyd.

However, wee all know how close to the edge Ronda was when she lost her first fight. She contemplated suicide.  Let’s hope she’s in a better place this time…..