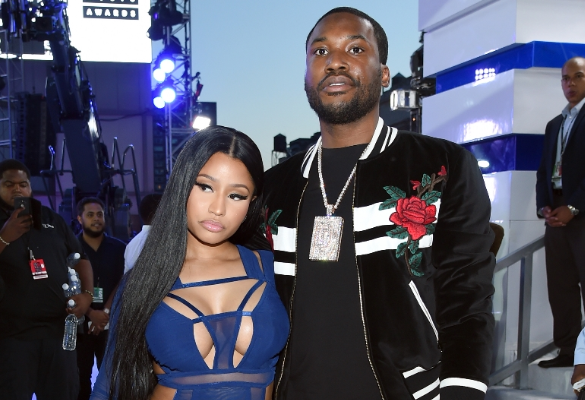 2017 Is Trying To End Meek Mill: Hilarious Video Shows Him Slipping Down Some Icy Stairs At His Mom’s Crib 2017 has not been kind to Meek Mill. A few months ago, his life was something to be desired. He was in a loving relationship with Nicki Minaj and his career was going surprisingly well.

But late last year, the relationship between Nicki and Meek ended. Nicki confirmed this on her Twitter account last week by saying, “To confirm, yes I am single. Focusing on my work & looking forward to sharing it with you guys really soon. Have a blessed New Year. Love u.”

YOU THINK WE’RE BEING DRAMATIC? YOU THINK WE PLAYING? We ain’t playing. On Tuesday, the 29-year-old hip-hop artist shared a video of him falling down some ice-covered stairs at his momma’s house.

He captioned the clip:

“They spoke a L into existence ???? leaving out my mom house was tragic for me! Icey ass steps!!! U fall get right back upppp! ?? I ran I thought a ghost pushed me! I might sue yeezy! ? SINCE YALL WANNA SEE ME FALL SO BAD!!!!”