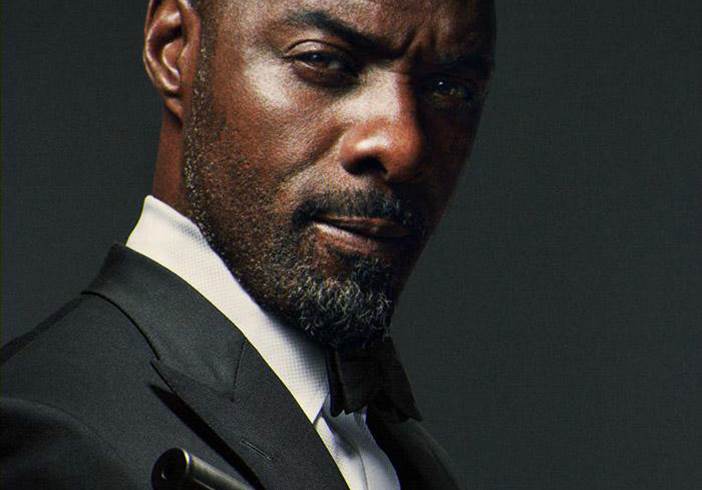 Amazing Photoshop Photo of Idris Elba as the New Bond. Are you Ready?

I have to admit, I was against the notion of Idris Elba being Bond. Not because he’s black, but because I happen to love Daniel Craig in the role. I’ve been wrong before because I was wrong about Daniel Craig. I thought he would suck, but Bond is supposed to be rugged and Craig brought that back to the role. He’s rough around the edges, cleans up nicely and kicks ass.

Well after the Daily Beast reported that Sony’s co-chairman Amy Pascal was in favor of Idris playing Bond things got crazy. Her leaked email simply stated, “ Idris should be the next bond,”

People started to run with it and it enraged some people.

He was white and Scottish, period. That is who James Bond is. I know it’s racist to probably even point this out. He said that would be like having George Clooney play Barack Obama or Kelsey Grammar playing Nelson Mandela. Hmmm…fictional vs non-fictional. That’s where I personally draw the line. If it’s a fictional character do whatever you want as long as it makes for a good movie.

Idris took it all in stride and responded to all the noise with class. He sent this Thank You message out on twitter. This brings us to this bit of awesomeness we found on line today. Thanks to the guys at flicksandbits.com. They pointed us toward the twitter account of Christopher Brand. He is a concept artist who worked on World War Z and Edge of Tomorrow. He had some spare time and decided to put his amazing photoshop skills to work…and voila! DAMN! I say BRING IT ON. Craig and the brand are both struggling so maybe this will be the boost it needs.