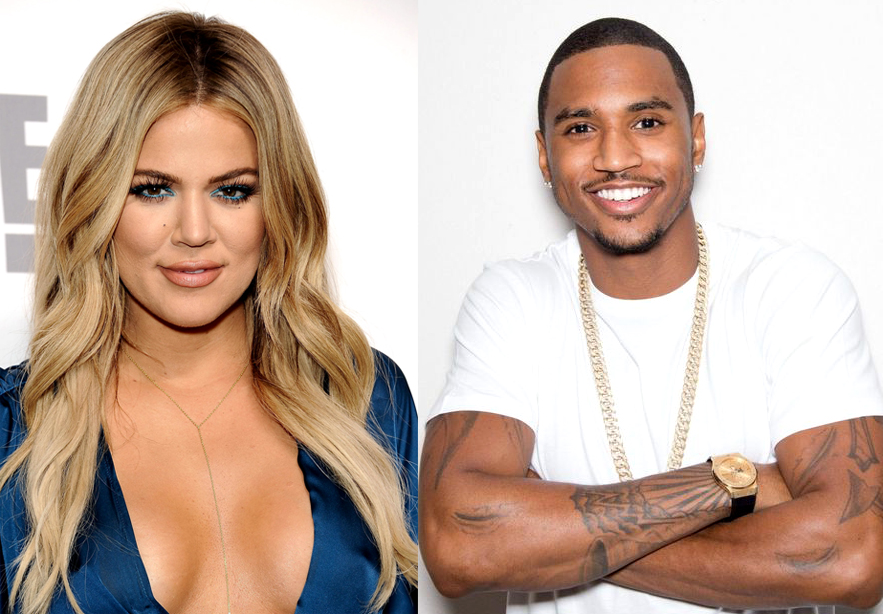 GET OVER IT. Khloe Kardashian And Trey Songz Are “Seeing” Each Other and Social Media is Not Happy (Receipts and Tweets) This has been brewing for quite a while but lately it’s been heating up and the blogs have been collecting the receipts.  It’s to the point now, where I feel we have enough evidence to at least say the two are “having fun” together.

There is nothing wrong with that, except we love Trey and we know what these Kardashian women can do to men; more often than not, it doesn’t end well.  Although Khloe is my favorite Kardashian, I don’t see Trey and her being an item, but I said the same about Lamar, French, and Harding.

Before we get carried away – here’s what we know of their relationship over the past week.  (Yes you care, otherwise you wouldn’t be here).

Khloe celebrated her 32nd birthday at Dave and Busters.  Trey Songz was there and Khloe was seen rubbing her hands up and down his back as he exited the place.  At first it appeared as if he was trying to run away but upon closer look, he might have been enjoying the back rub.  Trey:  Ahhhhh   Khloe: Grrrrrr…. After the pictures made their way around the internet, Khloe was pissed and took to her website bashing the tabloids for the negative headlines:

“The most annoying thing about tabloid rumors is the double standard. If I’m ‘spotted’ hanging with a guy at a party—even if I’m just saying hi for a quick second—it immediately becomes a negative headline about how many guys I’m dating or how I’m getting into a new relationship.  Men don’t get that reputation! They get a pat on the back.”

“Pictures are just moments in time. They never show the whole truth. In Hollywood, you could go out on a first date and it could spiral into this huge thing. The headline the next day is ‘Khloé’s Getting Married!’ LOL. It’s so weird. That stuff definitely makes it difficult to take it slow and see how things go.”

Blah blah blah.  The post has since been removed from her website or at least I couldn’t find it again, I’m not sure if you can still see it on her app.  The reality is, that is a double standard that applies for everyone.  When it comes to multiple partners  men are heroes and women you take out the “er”.  It starts in High School and never ends….deal with it.

Although there are no pictures of the actual make out session (you’re welcome), we know for a fact that Khloe was on hand during Trey Songz performance.  She was seen watching from a stage side VIP booth.

After the concert they met up afterward and were seen making out. A video posted on Snapchat shows Khloe in the background stalking her prey.  She actually looks like she’s rubbing her hands together like some TV show villain! THIRD ENCOUNTER TOP GOLF IN VEGAS – ALL OVER EACH OTHER

The two were together on July 3rd at Top Golf on a holiday weekend.  At this point they are not trying to hide anything.  The place is located at the MGM Grand, so it’s clear that they were not looking for privacy.  They were in the challenge bay area, right in the middle of the 4th floor.  Although we are still waiting for some photos, they were described by multiple sources as being All Over Each Other.

Although this doesn’t mean the two are dating per se, but spending this much time, over a holiday weekend does appear like something is going on.  As I mentioned,  Khloe’s fans are excited and Trey Songz fans not so much.

THE TWEETS IS TALKING:

And my all time favorite from NBC Chicago!  Yes….that’s T.I.  Lol. This is why the nightly news should stick to the news.  Leave the celebrity hook-ups to us!