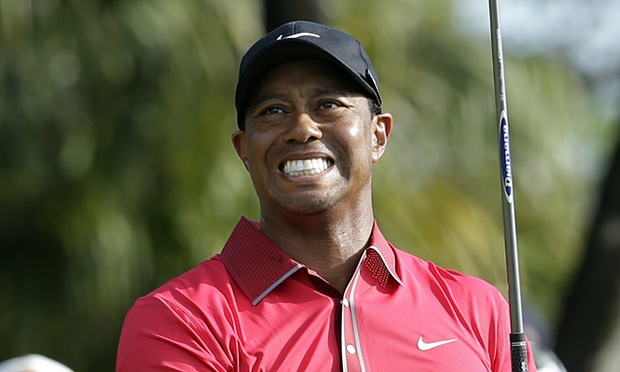 Tiger Woods Responds!! Shuts Down False Reports Of Difficult Recovery with a Video Tweet. Now We Are Excited! (Video) You may or may not know, but I’m a huge Tiger fan and let’s face it, it’s not been a good run for us. In a sport that Tiger has taken to heights previously unseen, both financially and physically in the last year, he has been merely a footnote.

However, if you are a true fan, you would rather not see him play and he heal completely, then to get out there and make the game a lot harder for himself and watch everyone else smoke him at a big event. Meanwhile the media sits back and takes cheap shots after cheap shots. And that’s just Thursday and Friday, because Tiger is either home by Saturday or playing so early that when you wake up his round is over. It’s painful for both Tiger and pure torture for fans. I’m sure there are millions of haters who love every minute of it but I think it’s fair to say that the majority wants to see him back in action. Which brings us to how this all started.

Yahoo Finance posted this story written by Business Insider on Monday. Yes I have the receipts. Yahoo nor Business Insider should be blamed, they successfully revealed the source, which is very uncommon these days. They had no problem posting the tweets they were using as the basis for the story’s headline. Lusetich is a somewhat credible source. He’s a Fox News golf analyst and he is also author of “Unplayable: An Inside Account of Tiger’s most Tumultuous Season”. There is reason to believe that he is close to Tiger’s camp. However, if he was, you better believe he’s not anymore.

Based on the super-sad press conference Tiger held in December I would totally believe Lusetich. At that time, Tiger himself said there was “no light at the end of the tunnel”.

WOODS CLAPS BACK WITH A VIDEO RESPONSE! THE CROWD ROARS

Tiger decided to answer the tweets with a tweet of his own. This Video clip is only 13 seconds but it makes you want to jump on the couch Tom Cruise style and fist pump. This was posted by Tiger himself on his twitter account: