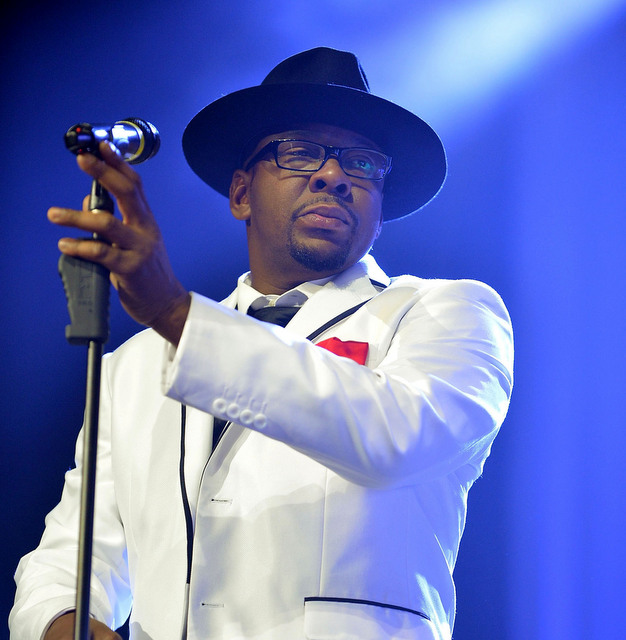 Bobby Brown was a surprise guest performer at a Franky Beverly concert in Texas. When he took the stage he told the crowd that his daughter was awake and the crowd went wild. Brown simply said,

Wow! “That’s crazy” I thought. I haven’t heard any positive news on her condition. Then the 46 year old, has been says,

What? What the hell does that mean? Does that mean she is just lying there with her eyes open? That second statement indicates that she might be awake but not necessarily all there. Maybe some sort of brain damage? Did he say that just to pump up the crowd? I hope not. This statement on Saturday was contradictory to the statement he made on April 11th,

I dunno what the hell I am going through right now but I am giving it to God and letting him deal with it.

He didn’t appear to be too optimistic then.

We also know that on March 25h the family moved Bobbi Kristina to an undisclosed place for privacy and healing. At that time Cissy Houston (her grandmother) thought the situation also looked grim. She told reporters,

We’ve moved her to a place for rehabilitation…And you know, still not a great deal of hope. (We’re) still praying.

In case you are wondering, which everyone does, every time they finish reading an article about Bobbi Kristina,

How long has Bobbie Kristina been in a coma?

As of this article, the incident happened on January 31st, it has been 79 days (or 11 weeks and 2 days), since she was found face down in her bathroom tub. Translation: A long ass time!

Here is the video of Bobby Brown. What do you think he means by this?