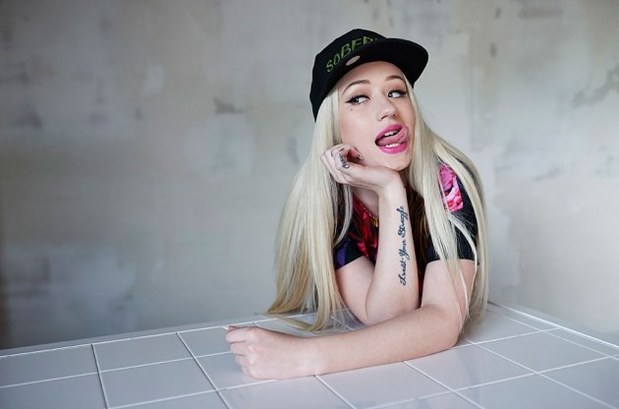 Iggy Azalea’s Tour Is Officially Cancelled. Not Up to Her Standards Or Poor Ticket Sales? The tour was titled “Great Escape”, and it’s cancelled. Not just one show, but the entire tour is cancelled. She released a statement to the public confirming the news:

The Iggy Azalea Great Escape Tour scheduled for this fall has been cancelled and refunds are available at point of purchase. There will be a new tour planned around Iggy’s new record to be released in 2016 and we apologize for any inconvenience.

She then took to twitter to give a more personal apology.

As u may know, the tour is cancelled. I’m so sad and sorry to let my fans down…we’ll be back out on the road when the next album is done.

If you ask Iggy, she will tell you that the tour is being cancelled because she couldn’t do things the way she wanted. Back in March she postponed the tour, originally scheduled for April claiming that she was a psychopath over perfection.

It’s my first arena tour so it’s a big undertaking and I’m doing a lot of the creative direction … we’re doing a custom stage and custom build … when you’re building a stage and things like that, you do it about six months in advance. My tour would’ve been April, we have not started building. That is not six months, that is very tight, and so to get this stage kind of done in time I would be making a lot of sacrifices and cuts and changes and compromises would have to be made to get this thing done in time. So I really considered what do I want to do: keep and honor the tickets and this date for fans but not the show I’d envisioned or kind of promised them, a lesser version of it with maybe not so many people like jumping out of the ceilings and flying all over the place, or do I want to move it and have the absolute best show, the show that I envisioned, and obviously I’ve chosen to move it.

This would lead you to believe that she still couldn’t pull off her vision for her tour, that’s why it was cancelled. However Gawker did some digging and posted the photo below. It shows what the Staple Center looked like after 3 months of sales before the concert was originally postponed. There were quite a few seats still available. Poor ticket sales would result in a huge financial loss for her sponsors, potentially losing thousands on each show. In this case pulling the plug makes dollars and sense.

Quite frankly, Iggy doesn’t have enough star power to pull off an arena tour by herself. Her first tour, Energy Outbreak Tour presents: Iggy Azalea—The New Classic Tour, played 36 shows overall. This tour was considered a success but played in much smaller venues such as:

In case you were wondering, the Staple Center has a capacity of 18,118.

Sorry Iggy, but you are not Kanye West. This will be another blow to her roller coaster of a career. That new album better be good.

….and I’m sure Azalea Banks is loving every minute of this.