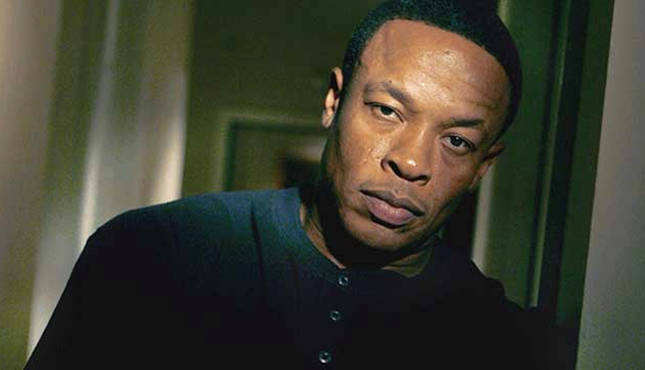 SHOCKED! Did Dr. Dre Issue the Perfect Apology? Read Apple’s Surprising Statement As The Company Decides to Stand By The Rapper Despite His Super Violent Past. In the age of companies dropping celebrities for their past terrible ways, Apple is surprisingly doing just the opposite. They are actually jumping to the defense of Dre after he issued an apology for his dark, abusive past. This might be Dr. Dre’s smartest business move yet; admitting you screwed up in the past and apologizing not only sincerely, but doing so quickly.  Thus allowing him to get ahead of the social media backlash that was sure to follow.   (JUMP TO THE BOTTOM TO READ HIS APOLOGY AND APPLE’S SUPPORTING STATEMENT)

THE ACTS OF VIOLENCE

Those who are long time Dre fans and hip hop enthusiasts know very well about Dre’s violence against women. It happened very publicly but somehow was omitted from the movie“Straight Outta Compton”. This upset Dee Barnes (arguably the most public victim) as well as some of the other women who are definitely not thinking about headphones when you mention “Beats by Dre”. They were offended that his character was portrayed as being a gangster but left out what they are calling, “their truths”. Dee Barnes, in an article posted by Gawker says  that in the movie, “They’re trying to stay hard, and look like good guys”.  She appears to be extremely frustrated by this and is leading the charge to make sure that the public is aware of Dre’s past abusive ways towards women.

There are three main women who come to mind during the days of Dr. Dre’s violence. She dated Dr. Dre from the late 80’s to the early 90’s.  She is most notably famous for a song called , “Something in my heart” which was somehow able to capitalize on her extremely annoying, high pitched voice.

Her and Dre had one child together. She says that during her relationship with Dr. dre, he blackened her eyes 5 times, cracked her ribs and left her with numerous scars. This was the most private of the attacks.  I know domestic violence isn’t a laughing matter…..but that voice.  I’m sure that didn’t help during arguments.  Here is a clip…..Sorry, but her voice is so high, it almost doesn’t seem real.

The two other women, Tairrie B and Dee Barnes were attacked by Dre not only in public, but at parties! Tairrie was a pioneer.  She was not only a female rapper but a white, female rapper who was signed to the Ruthless Record label.  She had to work with Dr. Dre and the two did not get along in the studio.  She did not appreciate his creative control. She said that he was very disrespectful, “He was very nasty to me constantly,” she explained.  She decided to make a diss song about him called Ruthless Bitch.  Both the song and the idea of doing the song turned out to be bad.  Here it is……

After hearing the song, Dre confronted her at a Grammy’s party in 1990.  Tairrie describes the exchange,

He kept saying, ‘If you say one more word to me …then he punched me right in the mouth and again in the eye.

She was “encouraged” not to file charges. She claims that Easy-E took care of her

I was told, ‘This is a family business — you’re not pressing charges, I was taken care of by Eazy in certain ways to be quiet. The most public attack of them all was against Dee Barnes.  Unfortunately for Ms. Barnes, she is more famous for her beating by Dr. Dre then she is for her work in the hip hop community.  She was the host of one of the first hip-hop shows in the 90’s called “Pump it Up”. If you listened to rap music, then you watched her show.  Period.  Barnes says that she was attacked by Dr. Dre over an episode of her show that aired when NWA and Ice Cube were at odds with each other.  Dre accused Barnes of setting them up and making them look stupid.  During an episode where N.W.A was interviewed, a clip was edited in at the end with Ice Cube, who had just split from the group saying,

I got all you suckers 100 miles and runnin’

Then, imitating N.W.A. affiliate the D.O.C. and saying,

To make matters worse, during that interview the director of the new film “Straight Outta Compton” was the camera man for Pump it Up.  Yes, F Gary Gray was working the camera. A young F. Gary Gray was the camera man for Dee Barnes.  How Ironic!

Barnes insisted that the shows editors did this and she had no say in the matter.   She too was comforted by Dre at a party where she was physically attacked. She said that Dr. Dre. punched her in the head and slammed her face and her body against a wall. She says that he tried to throw her down a flight of stairs and stomped on her fingers.  She did press charges which Dre plead no contest to and was sentenced to community service and had to do a PSA commercial.  Dre has always brushed off the incident from day one.  During an interview with Rolling Stone he casually stated regarding the incident that night,

It ain’t no big thing – I just threw her through a door.

Dre addressed this issue again years later with Rolling Stone, although vague, his response was a lot more representative to the severity of the violence,

I made some fucking horrible mistakes in my life.

Dee Barnes later issued a civil suit in which she was paid out for an undisclosed amount. Many thought she got a few million dollars. She set the record straight and said she did not even get 1 million, which took her years to collect.  She also said that she was instantly black balled from the hip hop community to this day.  She even applied for a job with Diddy’s Revolt TV, she is still waiting for a return call.

WHY WAS THIS VIOLENCE LEFT OUT OF THE MOVIE?

During a Q&A with F. Gary Gray and the cast for “Straight Outta Compton”, Gray said that they just couldn’t put everything in the film.  He basically said the movie is about the group and not about Dre.  He tried to stick with topics that supported the main narrative and moved the story line forward.  Here is a clip from that session where Gray address that question,

DRE’S APOLOGY AND APPLE’S SUPPORT – (You might have just come for this….)

On Friday Dr. Dre issued an apology in the NY Times.  It said,

“Twenty-five years ago I was a young man drinking too much and in over my head with no real structure in my life. However, none of this is an excuse for what I did. I’ve been married for 19 years and every day I’m working to be a better man for my family, seeking guidance along the way. I’m doing everything I can so I never resemble that man again.”

“I apologize to the women I’ve hurt. I deeply regret what I did and know that it has forever impacted all of our lives.”

Choosing a different path then keeping silent might actually pay off. Immediately Apple stepped up and decided to show their support for their executive.  Apple purchased Beats by Dre from Dr. Dre and Jimmy Iovine for $3 Billion dollars and in that deal made Dre and Executive.  They have a lot invested in the brand and that might be part of the reason that they almost have no choice but to support the rapper.  Apple’s statement to the press said

“Dre has apologized for the mistakes he’s made in the past and he’s said that he’s not the same person that he was 25 years ago.  After working with him for a year and a half, we have every reason to believe that he has changed.”

Was it enough to keep their name and reputation in tact?  After over paying for the “Beats” brand, Apple has to protect their investment.  They need people rallying behind Dre and that’s what they are attempting to do.  In my opinion punching a woman in the face is just as bad as rape.  Giving a woman a black eye 5 times, takes a special kind of person who can do this again and again and think it’s ok.  However – that’s the past.  Let’s see if there will be a Cosby-esque type effect as more woman come forward or if Dre doing maybe what Cosby should have done and stepping in front of the issue puts a stop to it.  I am almost sure there are more woman we just don’t know about them….yet.

I think by apologizing “to the women I’ve hurt” will not be enough.  I think these women want and deserve an individual apology, however with this much money involved, I wouldn’t be surprised if they have already received a PER$ONALIZED apology, along with a gag order over the weekend.

Let’s see how this all plays out.  Follow us on Facebook for more updates to this story and more.