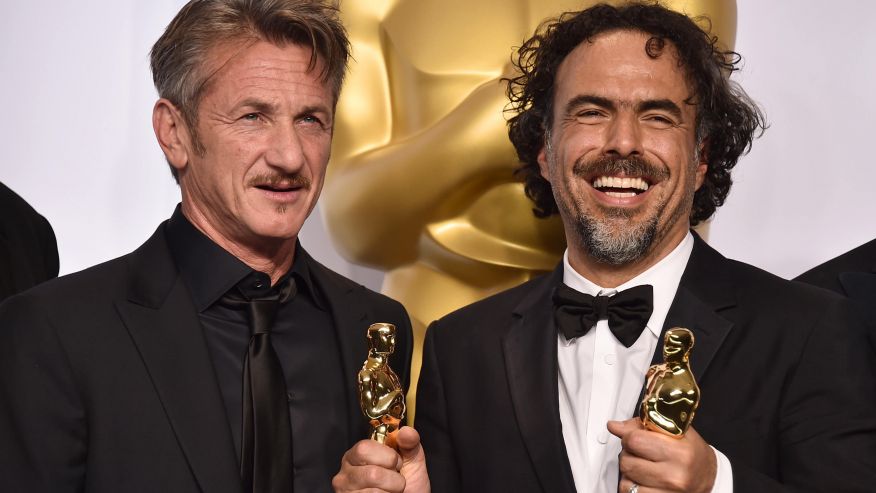 Sean Penn Offers No Apology for “Green Card” Joke, But He Wants Those Waiting For One To Know Something….. During a promo tour for his new film “The Gunman” Penn addressed the Oscar joke that rubbed seemingly millions of people the wrong way. Penn said that he has “absolutely no apologies” for the comment.

In case you missed the joke, it was your run of the mill, heard it 1000 times,“green card” joke. Just before announcing the winner of what many consider the biggest award of the 87th Annual Academy Awards, Penn says,

“Who gave this son of a bitch a green card?”

Yes the joke was off color, sort of racist but not really, and not really the time and place for such a comment, but it’s also Sean Penn. What do you expect? Penn and Alejandro Gonzalez Iñárritu are longtime buddies and that was sort of a personal ribbing between the two. Inarritu directed Penn in the 2003 film “21 Grams” so there is a history between the two.

Iñárritu himself didn’t seem bothered by the remark. After the show he told reporters,

“I found it hilarious; Sean and I have that kind of brutal (relationship) where only true friendship can survive. I make on him a lot of very tough jokes that I will not tell you,”

Yes, but probably not at the biggest moment of his life. Mario Lopez on the other hand expressed his issue with the joke via twitter

Others decided to bring up Penn’s abuse to Madonna. This was before social media so there’s about two generations who weren’t even aware that Madonna and Penn were a couple. The Sean Penn – Madonna abuse wars were the Rihanna – Chris Brown wars of the 80’s….but worse. Penn allegedly hit her in the head with a baseball bat during one of many incidents and older fans reminded the world via twitter of horrifying allegations of the 80’s.

With all that behind him and some amazing volunteer work including spending years in Haiti after the earthquake, Penn is unapologetic for not only his remarks but life itself. Penn explained that it’s not him, it us,

“I’m always surprised by flagrant stupidity. I keep having more hope. The fact is that I understand it. I see it all the time. When somebody sees the opportunity to frame something in the comfort that it will be common—that they can do that and they can get a group to look at them and that they will take on those positions and never really think about what it was.

I have absolutely no apologies”.

You might have to read that a few times to really get it…But that’s not all. Penn also had something to give to those who criticized his humor,

“In fact, I have a big (expletive) you for every…anybody who is so stupid not to have gotten the irony when you’ve got a country that is so xenophobic. If they had their way, you wouldn’t have great filmmakers like Alejandro working in this country. Thank god we do.”

Sidebar – I will save you from Googling. (No shame in my game. I had to look it up myself)

Word of the Day: Xenophobic – having or showing a dislike of or prejudice against people from other countries.

Penn also said the joke was a private message to his friend,

“There’s a little inside humor with he and I where I know, and wanted to know, that he would be the first person in that room to know that his film won”.

Kudos to Penn for not apologizing and folding to the media like everyone else in Hollywood who opens their mouth and can’t take the backlash that comes with it. I don’t agree with the comment as there is a right place and time for everything, but if you are going to say it then mean it and at age 54 own it.

All that aside, I think everyone should be more offended with the fact that he called Inarritu’s Mom a Bitch. Here is the awkward moment: