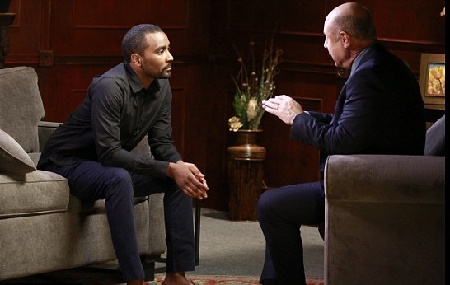 Arrogant S.O.B. Nick Gordon Found Responsible for Wrongful Death of Bobbi Kristina, not Because of Facts but Dr. Phil and His Attitude. While I’m happy that Nick is rightly getting some of the blame, I’m not happy that it’s not really based on the facts of the case.  The ruling was simply made based on Nick Gordon’s arrogance.

From the time the case against Nick was filed until now, he hasn’t taken the case seriously at all.  Gordon had a court hearing that was scheduled for 9:30 AM at Atlanta’s Fulton County Superior Court.  The hearing was to not only hear the motions but also to get a judgment on the case.

Gordon was going to represent himself, and honestly given the evidence on hand, the fact that Bobbi Kristina was abled bodied and in The right mind, the case was going to come down to simply if Nick Gordon did the right things when Bobbi Kristina was in trouble.  Proving that he DID NOT do the right things would be very difficult, so Gordon actually had a chance of winning….but he had to at least show up.

But he didn’t.  And that pissed the judge off!

Not only didn’t Gordon show up, but prior to the hearing, he scoffed at the entire lawsuit.  Gordon went on Dr. Phil and said he didn’t really care about the lawsuit.  In fact, he literally laughed at the entire thing.  He said, “I’m so tired of that lawsuit I just stopped paying attention to it”.

The judge watches Dr. Phil and I’m almost certain she saw this clip and she was pissed AF.  Watch.

After the autopsy, he could have defended the entire thing because autopsy didn’t reveal any infection locations.  But because of his arrogance, he has now been found “legally responsible”.  A statement was released to the press by R. David Ware, the attorney for the Browns’ estate,

‘In court today, we finally finished a long journey for justice for Bobbi Kristina Brown

‘He is legally responsible for her death, and the only thing left for us to prove is the value of her life

‘And we intend to do that.’

To confirm that I’m not speculating on the reason the judge found Gordon guilty, Judge T. Jackson Bedord came right out and said,

‘I do not like people thumbing their nose at the court.’ If Nick and Bobbi were married then Gordon would be her next of kin.  This means that Nick would inherit Whitney Houston’s $20 million fortune.

By not showing up and laughing at the entire lawsuit, Nick could have just laughed away $20 illion dollars. STUPID!!

At this point I think we all agree with this: