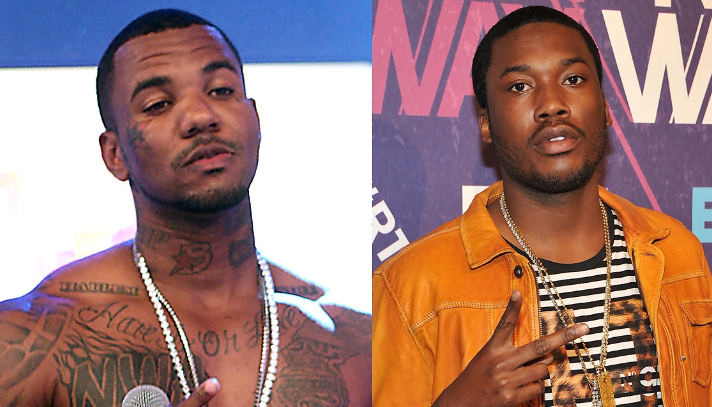 Is This Rapping Beef Getting Too Real Now? Someone Just Tried To Shoot Members Of The Game’s Crew In Miami! Back in the day, a beef between rappers was some real sh-t. People were getting attacked, shots (actual shots) were being fired, and the hate was 100% legit.

That’s not the case in 2016 though. The beef, for the most part, never squirms out of the land of social media. And most of the time, it seems like the feuds are manufactured, only popping up when someone needs to promote an album.

Here lately though, the feuds seem to be getting more personal. There is a lot of hate going around the rapping world right now, and The Game and Meek Mill seem to be at the center of it all. The Game was hosting and performing Thursday night at STORY Nightclub, which is just down the street from the Fontainebleau Hotel. That’s where the rapper and his crew were staying.

At around 7:30 in the morning Friday, a Mustang convertible drove past the valet outside the hotel and fired multiple shots into a white Mercedes-Benz G Wagon. A vehicle that cops say is associated with the rapper.

According to The Game’s manager, the vehicle that belongs to their crew is actually the black Chevy SUV that’s parked right next to the vehicle that was hit. So it looks like the shooters missed their target. Or simply fired at the wrong car.

People in his crew are wondering if this shooting has anything to do with the rapper’s performance the night before, where he took some direct shots at Meek Mill.