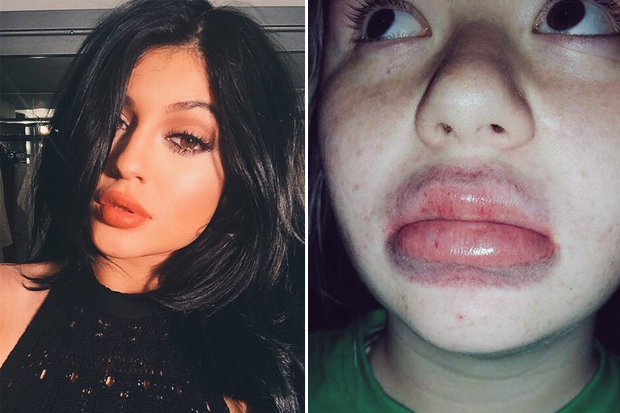 Did you hear that? I just sighed. Honestly. This Kylie Jenner Lip Challenge is not even amusing. You can’t even laugh at the young girls participating in this because you realize they are the future. They might be taking care of you in the hospital one day after your second hip replacement.

If you haven’t heard about this challenge, it’s actually pretty simple. Girls around the world have been trying to get those full lips the reality star constantly shows off on her social media profiles. They want that plump and pouty look. So, how have they been achieving those bee-sting lips? Apparently, they are using a dangerous DIY suction method, creating a vacuum with shot glasses and jars. We’re not geologists, but this method works by creating an impressive airlock around the mouth of the glass by sucking on it, which increases the blood flow to the lips.

Check it out in action…

Now this might seem hilarious and harmless, but this challenge is actually extremely dangerous. Many people were left with bruised, swollen and even bloodied lips. Some people even had to take a trip to the emergency room. 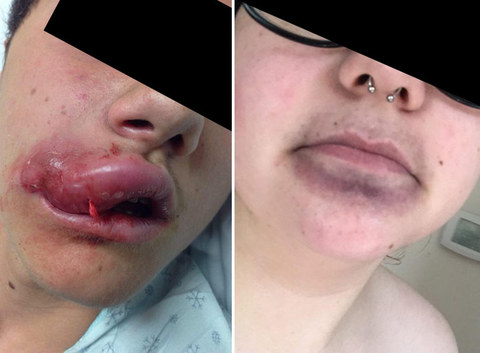 After seeing all the photos online of the gruesome injuries, Kylie Jenner decided it would be a good idea to send out the following message on her Twitter account… Experiment safely, Kylie. YOU STILL HAD SOME CHARACTERS LEFT! YOU COULD HAVE INCLUDED SAFELY! F–KING HEARTS MEAN NOTHING WHEN YOUR LIPS LOOK LIKE CANADIAN BACON!