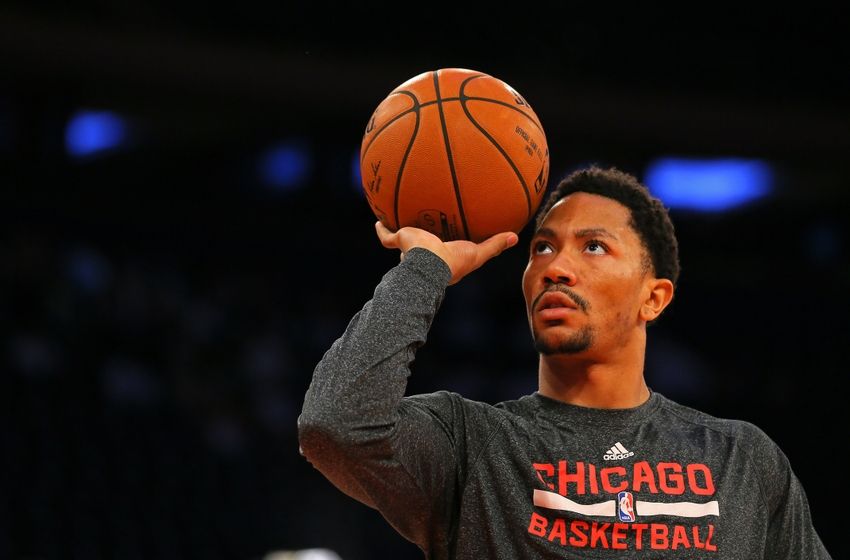 UH OH! Derrick Rose And His Two Close Friends Accused of Gang Raping His Ex-Girlfriend. This Is Serious! TMZ is reporting that a woman has come forward claiming that Derrick Rose and two of his friends pulled a “Cosby” on her. She alleges that they slipped something in her drink and then had their way with her.

The alleged victim says that she was dating Rose back in August of 2013 when the incident occurred. She says she was at Rose’s house in Beverly Hills when a substance was slipped into her drink. Somehow with the help of a friend who was with her during the visit, she managed to get out of Rose’s house and make it to her own apartment. Feeling the effects of whatever was given to her, she became incapacitated but she was at home alone so it wasn’t a problem Right? She could just sleep it off. Wrong! Rose and his two friends allegedly broke into her apartment and raped her. Although she was out of it, she says that she can remember “flashes” of what was going on and she confirms that she can remember the defendants forcibly raping her. This is pretty much how every alleged Cosby accuser tells their story.

THIS HAPPENED IN AUGUST 2013? WHY WAIT SO LONG?

She says that it took her two years to come forward because she comes from a very conservative family and didn’t want them to find out. She said she was ashamed and embarrassed.

In the lawsuit the woman names Ryan Allen and Randal Hampton as the other two men involved. These are two of Rose’s closed friends. Ryan Allen located in the center next to Derrick Rose.

This was taken at a surprise 25th birthday for Ryan.  Photo Courtesy of r3mg

Ryan Allen s a longtime friend of Rose. Allen played for the bulls for two preseason games before he was cut. He’s the brother of Tony Allen who plays for the Grizzlies.

Randal Hampton is Rose’s personal manager. That is basically one of your boys who doesn’t want to find a job so you create one for him. He travels with Rose and takes care of his daily tasks. In an article with ESPN, it was said that he also helps Derrick make important decisions. I wonder if he was working that night in August.

It’s my understanding this is not a criminal case, but a civil case. According to the TMZ article she wants unspecified damages and no arrests have been made. She is basically looking for a pay day. So far there has been no comment from Rose or his attorneys.

Wouldn’t it be nice if Rose and his friends were innocent?

I’m sure there will be a lot more to this story in the days to come. Follow us on Facebook for updates as we get them.

Here is a clip of a birthday party that Rose through for his friend Ryan Allen. Geez…I need some rich friends!!  I guarantee the last thing we would be doing is allegedly raping women…..