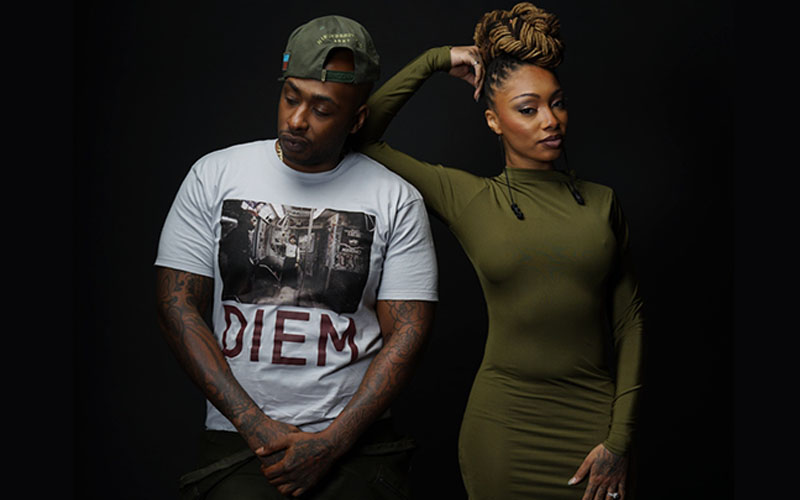 THAT’S A WRAP! Black Ink Crew’s Ceaser and Dutchess have officially Broken Up! We Also Found Out Caesar’s Net Worth! Wow! (Receipts Inside) The last time we checked in on the Black Ink crew, Puma and his wife were being attacked at a movie premiere, Ceaser was blamed for the attack but Dutchess and Ceaser were still going strong.

A lot goes on during the off season of these reality shows and it appears that Ceaser and Dutchess have broken up! The two have been through tons of ups and downs and their relationship has caused more than its share of drama in and out of the shop but fans were happy to see that Ceaser finally did put a ring on it.

However, toward the end of Season 4, things appeared to be a little rocky.

Then Dutchess opened up her shop, “Pretty in Ink”, just over a year ago.  It’s located in Charlotte, NC so I’m sure that the distance, stress of starting her own shop and Ceaser having to share the spotlight didn’t help the already tumultuous relationship.

It appears from Instagram that just 11 weeks ago, the two were still together and in love. It looks like now that the relationship and the engagement are off…and Sky is as happy as can be.

Being good at this job means that your troll game needs to be on 1000 and you need to be a little lucky.  Sometime I’m both.

Number one, my first shot. This shot is to the new endeavors in your life bro.  I’m proud of you, you just moved, got a new place. Penthouse baby, Penthouse suite all day baby.

Just new beginnings.  You just closed one chapter in your life, you single now and I’m proud of you and you deserve it.  Salut!