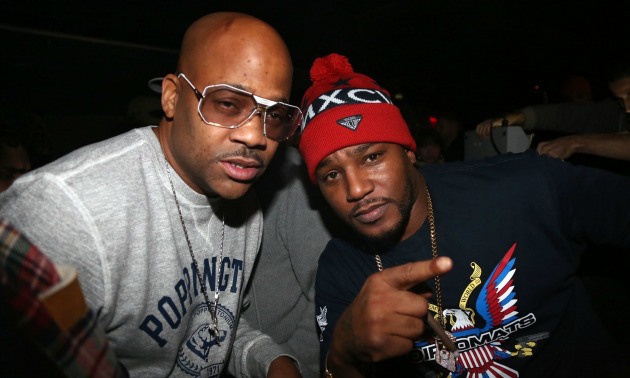 Have You Seen This? Dame Dash and Kanye West Present the Trailer for Their New Movie “Too Honorable” (Video) The movie critic in me is disappointed because this appears to be the same ol’ drugs, guns and violence type of movie you would expect from Dame Dash, starring Cam’ron.  However the Hip Hop fan, in me says it’s been a while since we have seen a decent hood flick.  It’s also obvious from the trailer that “Kanye” had very little to do with this movie.  It’s like putting Donald Trump’s name on the side of your building so you can attract people who don’t know any better.  And from the traffic that is coming in to watch the trailer, I would say at least that strategy is working. One big surprise is the appearance of Stacy Dash.  As you can see from the comments on Youtube, a lot of people just assumed that she gave up being black in general based on some of her political comments over the past couple of years.  Personally for me, seeing Stacy Dash in anything is a treat.  She remains to be one of the hottest 48 year olds on the planet ….and don’t forget, her and Dame are cousins.

Leon Farrell.  He described what the brainstorming session of this movie must have been like between Dame and the producers,

‘It’s going to be based in Harlem’

‘it’s going to have Cam’ron in it’

‘We’re going to use a lot of slow motion shots’

‘It’s going to be about drugs and loyalty’

‘We need to say pause after every line of dialogue’

Yes, he had to take it there.  He went “in” on the Chipz Cookies.  That’s the cookie company owned by Dame’s son, Boogie Dash.