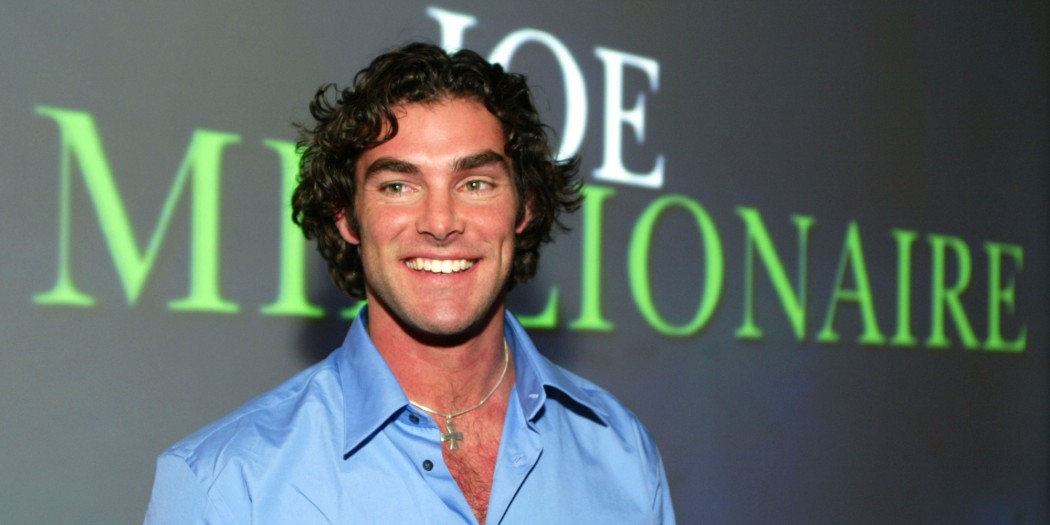 Joe Millionaire was one of the shows responsible for ushering in the age of Reality TV. Can you believe it was 2003 when the show aired? That’s freakin’ 12 Years ago! Most of my readers were only 12 themselves.

To refresh your memory, Joe Millionaire was a reality show where Evan Marriot, a working class construction worker was selected to fool 20 women into thinking that he just inherited $5o million dollars. This new millionaire is looking to get married and in traditional reality show fashion, television is there to help these women compete for his affection.

At the end, which everyone forgets, Joe Millionaire has to reveal his actual earnings which are $19,000 per year. If the woman decides to stay with him, they both get awarded $1 Million dollars. The show, I believe was a success, there was even a second season (which bombed). Evan was celebrated as the eye candy the Fox producers expected him to be. He selected a woman by the name of Zora Andrich at the end of the 8 episodes; the two of them received the $1 million dollars to split and the show’s finale brought in a staggering 34 million viewers.

However the two did not stay together and Joe Millionaire season two was a flop.

LIFE AFTER THE SHOW.

Evan recently came out of hiding on Thursday to attend the “Evolution of Relationship Reality Shows” discussion at The Paley Center for Media in Beverly Hills,

He talked about his life after the Show with US Weekly during a Q&A.  Marriot says,

I started a business for myself and everything has been great. I did my first job… I got it, and literally was almost in tears. I called my dad and said, ‘I feel like I’ve just been paroled, this is where I should have been, you know?

He also explained how people don’t understand how quickly the reality show fire burns out,

My parents have known me for 40 years — the closest people to me — and they don’t get it. My mom still can’t figure out why I’m not still on TV. I’m like, ‘Come on, really?’ She had a hard time figuring it out.

He also talked about how fast he became famous,

It just happened — talk about overnight. I didn’t know about success, but notoriety. And it’s… it’s… you can’t explain it, it’s really powerful. It’s really powerful when not just your friends know you, but everybody thinks they know you. They think they do. And depending on how you take it, it’s sometimes not that pleasant.” SO WHAT HAPPENED TO ZORA?

She is doing quite well. She said she took her share of the $500,000 and did exactly what you would expect. She paid off her mom’s mortgage and brought herself a new car. Andrich teaches yoga at the Princeton Center for Yoga and Health and also acts in television commercials. She is a mother of two and although she is dating she still keeps in contact with Marriot, She says,

We’re friendly and catch up from time to time.  He’s really the only person in the world I can fully relate to when it comes to that experience. It really turned our lives upside down.

It’s good to see that you can actually do a reality TV, cash out and lead a normal life.  There is hope for Mike “The Situation” Sorrentino.