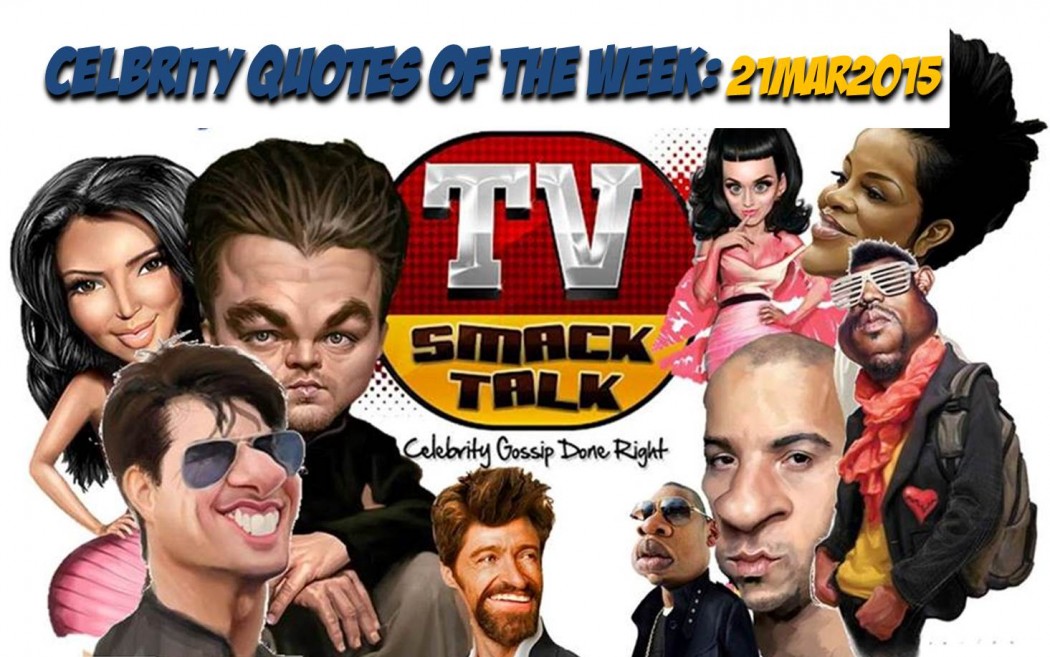 Celebrity quotes of the week are back!  Why?  Because you guys missed them.  Actually the real reason is that these things get shared on Tumblr and Pinterest which do a good job of promoting our website and our brand.

This week it was hard to select the quotes as I did not want race to be the theme but it comes up quite a bit and I couldn’t stay completely away from it.  Long gone are the days where Kim Kardashian or Jaden Smith would just tweet out something so asinine that we had to write about.  This week there are actually some quotes worthy of personal reflection.  There is also nonsense, hypocritical rhetoric, like Bow Wow’s comments on the show Empire.  Trust me he would much rather being doing that show then the role he is playing now on CSI.  A spot on Empire would have taken his career to heights it’s never seen.  Instead he is on “CSI: Cyber”.  A show I doubt makes it to a season 2.  If I was his agent I would be talking to Lee Daniels right now.

I digress and bring you the Celebrity Quotes of the Week for March 21, 2015. I’m fifty-one years old. I’ve had some experiences but it’s about listening, asking, talking … Maybe some girls are afraid of communicating, But I find most aren’t if you ask, ‘Does this feel good?’ Or listen to her body like an instrument We can do so many things. There are young African-Americans who are intelligent enough to work at the FBI. That’s what’s so bright. Hopefully, I can help start a new wave of young black actors who don’t want to stereotype themselves Your archaic thinking is out of step with the times, just like your fashions. I shall never wear Dolce and Gabbana ever again. #BoycottDolceGabbana When Reaganomics kicked in, certain things were taken away, after-school programs and things of that nature.  Guns and drugs were shipped into the neighborhood.  So it was a shift of having fun and playing football to selling drugs and shooting at each other.” Anyone who sees them [ISIS videos] and claims that they were anesthetized by violent movies, that they weren’t horrified by what they saw, on the most primal level, is intellectually dishonest or existentially unpresent.