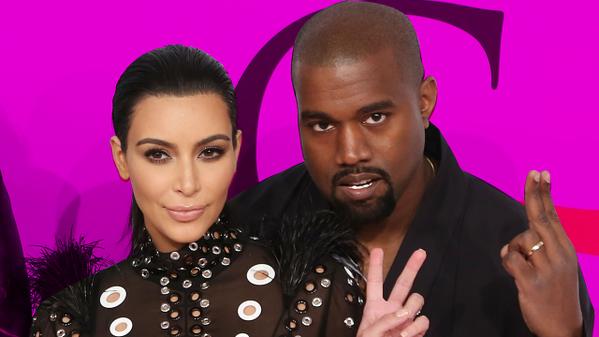 Is That What Kim and Kanye’s Son Will Look like? The World’s Best Forensic Artist Says Yes! Joe Mullins is more than just and artist.  He is one of the world’s leading forensic imaging specialists.  He actually teaches facial reconstruction classes so if there is anyone who is qualified to predict what baby number 2 is going to look like for Kim and Kanye, Joe is our man.

On June 21st Kim took to Instagram and posted a super-sweet picture of Kanye and North reading together, and let the world know that baby number 2 was going to be a boy. “You’re such a good daddy to North & you will be the best daddy to our new son too!”

Once Kim made the announcement official, Mullins reportedly poured over pictures of both celebrities and used computer rendering to come up with the features that would sculpt the next star in the Kardashian line up of celebrity children and grandchildren.

The only problem…..the product of his work is more creepy than cuddly; more Coo-Coo, than Gaga-goo Goo.  Here is the outcome of Joe’s work. Geeeshhh!  I’m not sure why it’s so creepy, but I know I would have trouble tucking that thing at night and kissing its forehead.  He looks like a 40 year old toddler.  Can a baby be a serial killer?

To Joe’s credit, he did a great job with his prediction of what North West would look once she got older. And back last year he did an even better  job at predicting the appearance of Eva Mendes and Ryan Goslings (unborn) baby. He created a boy and a girl because the sex was unknown at the time. Let’s hope that Mullins was having an off day and that baby number 2 will actually be just a little more cuddle friendly then the man-baby that we can’t now un-see above.  I guess it’s still better than my prediction….maybe.