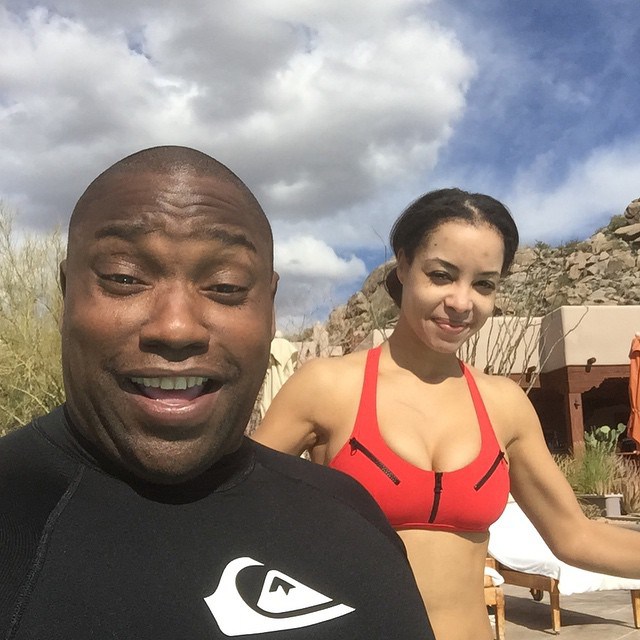 Let’s just say it right now. Warren Sapp is a terrible person, and if he wasn’t so freaking huge, I would walk up to him and tell him that to his face. But unfortunately, Sapp is a beast, standing at 6’2″ and weighing over 300 lbs. He would beat me just like he did his girlfriend, Chalyce Moore, back on April 28th in Las Vegas.

Police have charged the former NFL player with three counts of domestic violence after reviewing the April 28 case. The police report from that day is pretty disturbing. It all started when Sapp tossed a margarita at Moore’s face while they were chillin’ in their private cabana by the pool at the M Resort in Vegas.

Sapp then grabbed her arm and violently pulled on her, almost taking her down to the ground. That’s when the couple left the resort together to drive back to Moore’s condo. During the ride over there, Moore claimed she was tired of arguing and told Sapp to get out of the car. He responded by biting her middle finger. Eventually, they made it back to the condo, and the nasty fight continued inside. According to the police report, Sapp threw a belt at his girlfriend, and when she tossed it back at him, he wrestled her down to the ground. While she was down, Sapp smashed her face with his MONSTER-LIKE, SIZE 15 SHOES!

Friends of Sapp’s girlfriend claim she suffered multiple injuries. Bruises all over her body, including a nasty one on her lower lip. She also had a bruise on her head with a checkerboard imprint, which most likely came from Sapp’s Jordan sandals. The same sandals he was wearing when cops questioned him about the assault on 2 prostitutes in Arizona. 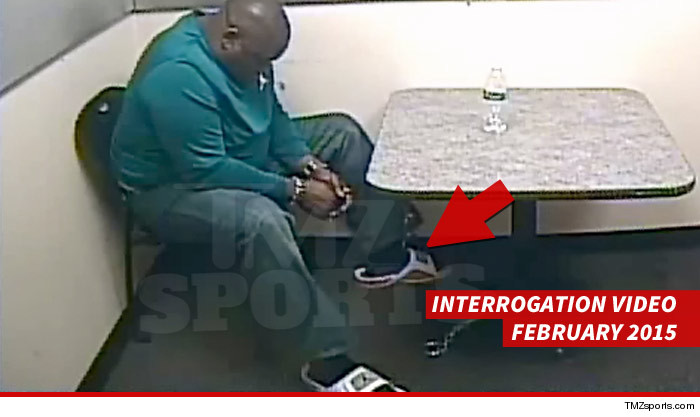 If he’s convicted on all three counts, he could face up to 18 months in prison. He has a court date scheduled for July 23. We will keep you posted.