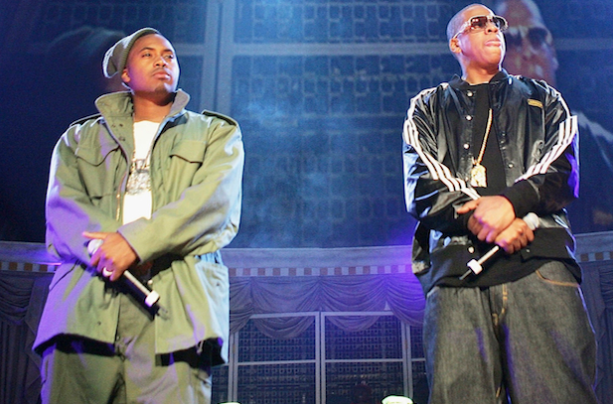 Smack Talk Special: 10 Of The Most Damaging Diss Tracks In Hip Hop History! But in hip hop? The beef never dies. It lives on forever. When you piss off an artist, they get you back in the most satisfying way possible. They create a song so damn clever and catchy that even the people who are supposedly in your corner will be singing along.

Target: MC Shan, Marley Marl and The Juice Crew
History: You want beef? The 80s had all the beef your poor stomach could handle. The Bridge Wars was a hip hop rivalry back in the late 1980s that emerged following a dispute over the real birthplace of hip hop music. The war of the 80s involved Boogie Down Productions (led by KRS-One) and Marley Marl’s Juice Crew, which included MC Shan. This diss track pretty much ended the career of MC Shan. The only time you hear his name mentioned now is when people are talking about this song.

History: Poor Ja Rule was never the same after 50 Cent destroyed him in this classic track. I mean, how can you come back after 50 drops this line about you, “You sing for hoes and sound like the cookie monster.” It’s difficult to come back from that. To Ja’s credit though, he’s still trying to fight back. Last year, he tried to reheat the beef with Mr. Cent on Instagram, but once again he got destroyed.

Target: Benzino
History: Starting beef with Eminem is like challenging Chris Christie to a hot dog eating contest. You are going to lose every single time. The drama started when Benzino gave Eminem’s The Marshall Mathers LP a terrible two out of five mic rating in the hip-hop magazine The Source. Almost every other “critic” gave the album positive reviews, and in 2004 it was named as the 24th greatest rap album of all time, so Eminem knew Benzino had it out for him and he went in for the kill.

Target: Suge Knight, Kurupt, Death Row Records
History: Snoop Dogg might be a champion for peace right now, but he was killing people back in the day with his words. He basically destroyed Kurupt’s career with this song and also helped take down Suge Knight’s intimidating reputation by dropping this line, “This ni**a’s a bitch like his wife/Suge Knight’s a bitch and that’s on my life.” The track was released back in 2002 and it’s still considered to be one of the greatest diss tracks of all time.

History: You may not hear much about him now, but Lil Flip was somewhat popular back in the early 2000s. He had some success and that success went straight to his head. During the height of his career in 2004, he made the biggest mistake of his life by talking sh-t about T.I. while the rapper was in jail. When T.I. was released from prison, he went straight to the studio to record the diss track that helped put an end to the hype surrounding Lil Flip at the time.

History: MC Lyte don’t mess around. When MC Antoinette entered the hip hop scene with her first single “I Got An Attitude,” Lyte believed she stole a beat, so she told the whole world about it. Antoinette tried to fire back with her own diss track, but Lyte put an end to the beef with her next song, which featured this amazing line, “In ’10%’ I popped your head in a microwave/I’m into blenders now, so you better behave.”

History: The battle between Nas and Jay Z might be one of the greatest in rap history, and it’s not just me saying that. Several prominent rappers have come out and said this battle was one of their favorites. It’s also one of the only feuds where both artists benefited from it. Yeah, some people might say Jay Z got the last laugh because he’s more popular today, but Nas’ response to Jay Z’s Takeover is up there with the greats. No one expected him to fire back like this. Even the title of the song is chilling, “I was told a long time ago, ghosts and spirits don’t like the fumes from ether, and I just wanted to affect him with my weapon and get to his soul.”

History: This is the freshest beef on this list, so most of you probably know the history behind this one. Meek slammed Drake on Twitter, claiming he didn’t write his own lines. Drake, who is friends with Meek’s girlfriend Nicki Minaj, responded to the criticism with this freestyle. He didn’t hold back either. Drake might be sensitive, but he will still kick yo’ a**. He’s just not going to feel good about it.

History: Mariah Carey tried to enter a gun fight with just a spork and some glitter when she released “Obsessed,” a diss track going after Eminem. She also said multiple times that she never had a romantic relationship with the rapper. Eminem laughed at this and responded with the track you see above. He gave her a warning, and that’s all she needed. She never talked about him to the media again.

History: You all know the story. Cube left the group to start his solo career, and when he left, his old buddies tossed several disrespectful lyrics his way in their new songs. No Vaseline was Cube’s response, and it’s still one of the greatest diss tracks ever produced.
Categories
GOSSIP & SMACK TALKMUSICTVST List Posts
Tagged
50 CentBeefBenzinoBoogie Down Productionsdiss tracksEminemhip hop battlesIce CubeJa RuleJay ZLil FlipMariah CareyMC LyteMC ShanNasNWARapSnoop DoggSuge KnightT.I.