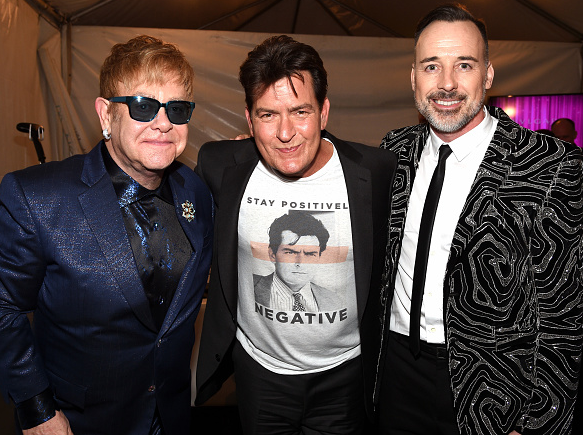 Charlie Sheen Might Be Getting His Own Reality Show, But Does Anyone Care Enough To Watch It? The last time Charlie Sheen made the headlines was seven months ago when he revealed his HIV-positive status. It wasn’t exactly shocking to hear, but it was a pretty big moment in the gossip world. Since then, the 50-year-old actor hasn’t been talked about much.

And he wants that to change, according to multiple sources. They claim he wants to share “his truth” again, and this time he wants cameras to follow him around 24/7. He’s currently shopping a reality show about his life with the virus and “his life in general.” Sources claim he’s already had several meetings with producers, “He’d really open up and allow the cameras inside his world.”

Of course, with anything in Hollywood, it’s all about the money. If a network believes they can make money off this show, Sheen won’t having any problem getting it made. However, he might have started this journey a little too late. No one is really talking about him anymore.

The good news is that producing a reality show is cheap compared to a scripted show, so more networks are willing to take a chance. As we have seen with failed shows like Megan Wants To Marry a Millionaire, Mr. Personality, and Let’s Talk About Pep.

Honestly. A reality show following Sheen’s life two years ago would have probably been great entertainment. But now? It just feels like a fading celebrity trying to hold on.

We’ll keep you posted. In the meantime, what title would you give this potential show?