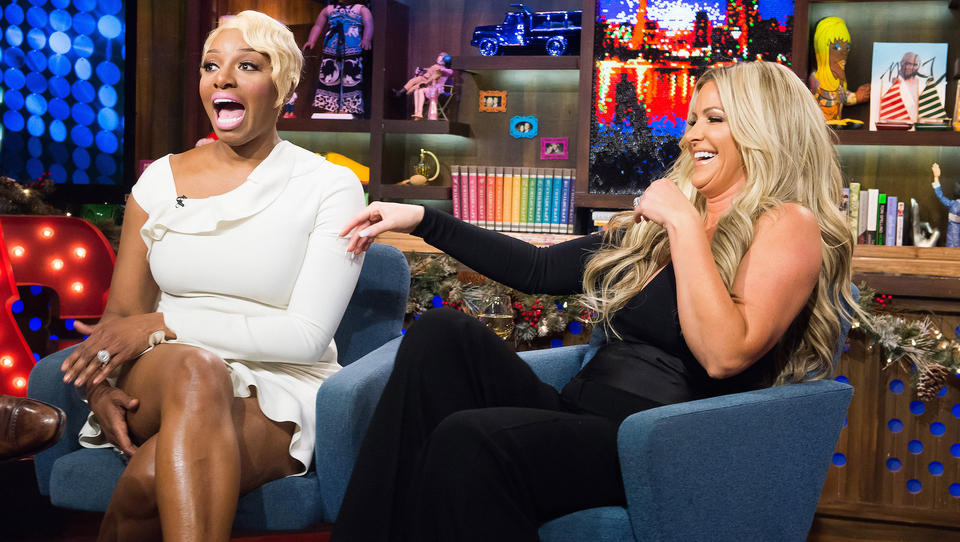 If you are watching the latest season of The Real Housewives of Atlanta then you are aware that NeNe is fed up with the show and just about all of the women. If you ask me, with her attitude, she was not planning on doing another season. It also looked as if Bravo probably didn’t care. The only issue with NeNe not returning is that there is still some milk left in that cash cow.

Not one to leave money on the table, BRAVO called up the money and fame hungry Kim Zolciak out of retirement. By default, she is the only Housewife that would tolerate NeNe and the only one NeNe doesn’t hate (right now).  Both of these facts are true simply because they haven’t been around each other.

The news was announced yesterday at a conference along with both Kim and NeNe’s posting it publicly on their social media accounts.  During the the show, the two will be filmed taking a road trip together. Both NeNe and Kim will also be getting executive producer credits for the show, which will be tentatively titled, “NeNe and Kim: The Road to Riches”

Bravo’s official description of the show is as follows,

Atlanta’s “most driven” housewives — NeNe Leakes and Kim Zolciak Biermann — drive out of their comfort zones and across the country to discover America on a one-of-a-kind adventure. The road to L.A. may be paved with good intentions, but that doesn’t mean they won’t occasionally drive each other crazy.

Will I tune in? Probably but I won’t be watching live. Mess like this is why they invented DVR’s with a lot of memory. This show will fail but it will be fun to watch. In the immortal words of Miss Leakes herself, “GIRL BYE”!

Remember the last time the two went on a Road Trip? It didn’t end well for Kim.