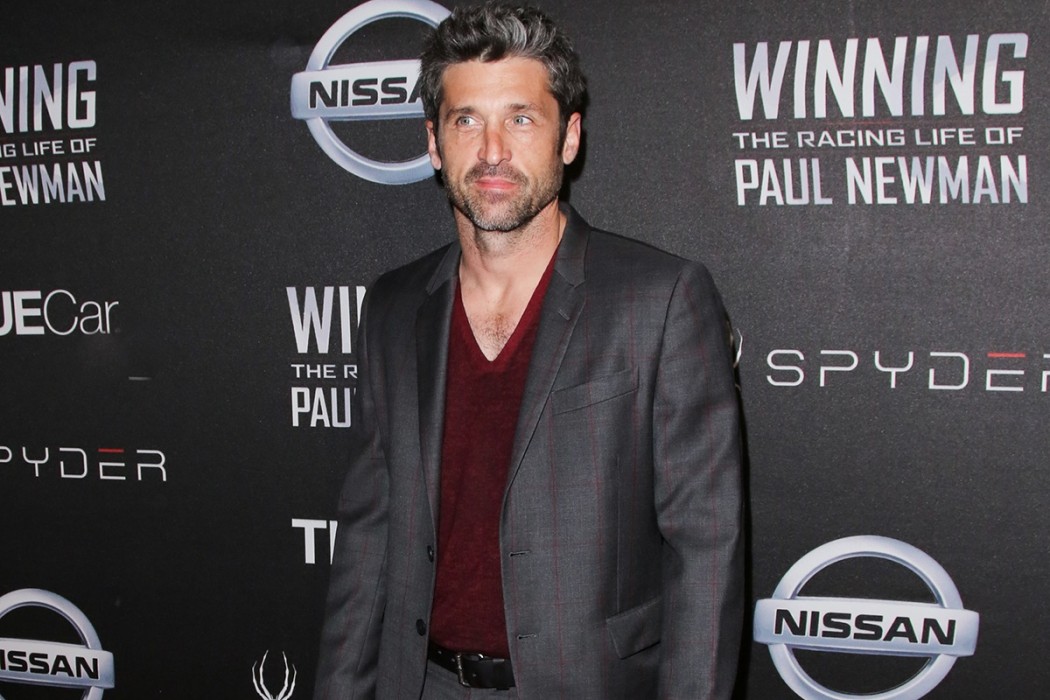 It was revealed this week that Patrick Dempsey’s sudden departure from the show was possibly due to an alleged affair he had with a young staff member.  Radar Online broke the story and ‘In Touch’ followed up with an internet teaser with the promise of the full story in their next issue.

A source from the show provided very  detailed information about the alleged affair and also revealed that Dempsey had also been complaining about his character’s storyline,

Patrick would remain in his trailer after hooking up with her on set and refuse to come out.  He had also been complaining about the storyline of his character, and felt he wasn’t getting enough screen time.

This situation lead to Dempsey getting suspended and the 20-something year old staff member he was fooling around with, getting moved from the set to the production offices.  When Dempsey returned from suspension, there appeared to be hurt feelings between him and Rhimes.  This manifested itself into a change in Dempsey’s behavior toward his job.  He began arriving late and not remembering all of his lines. Dempsey’s relationship with co-star Ellen Pompeo was also strained by the alleged affair.  Pompeo and Dempsey’s wife have grown to be close friends and not only was she angry about the affair, but it is rumored that she informed his wife regarding what was going on.  This eventually led to Dempsey’s wife, Jillian Frank, filing for divorce.

DEMPSEY AND HIS REP. HAVE A DIFFERENT STORY

When Entertainment interviewed Dempsey he said that being written off was sudden, but also organic and that he was ok with everything,

It just sort of evolved. It just kind of happened. [Being written off] was something that was kind of surprising and uh, just naturally came to be. I like the way it has all played out.

Things happened very quickly… It was just a natural progression, the way the story was unfolding, the way everything was unfolding in a very organic way. It was like, Okay! This was obviously the right time.

This is not true. It’s an absurd story.

SHONDA CONTINUES TO PROTECT HER EMPIRE

Shonda was pissed when she found out that Patrick’s affair was made public.  She issued an email that basically said that if anyone was caught leaking information regarding Dempsey’s departure, they would be fired as well.  Everyone who works on the show signs a non-disclosure agreement which restricts them from discussing any details about their employment to the public.  This includes script details as well as behind the scene antics.

If you think Shonda is just being a controlling beyatch….I agree, but she also has an empire to protect.  Dempsey was getting paid $350K per episode.  For that much money you not only better be on time, but you better know your lines and everybody else’s.  For $350K I would just play the entire cast!

Shonda is being accused of a lot of things to boost ratings and justify her professional actions taken for personal reasons.  Fans have turned on her and comments on social media are just plain ruthless.  They think that Shonda made up the entire story about Dempsey having an affair and even claiming that the email she sent out to staffers is a fake story.  Sometime I wonder if she’s that petty, but it is her right to be.  Without her we would never have had a Christina Yang, a Dr. Burke and a Derrick Shepherd.  Although it might sting a little, at the end of the day Ms. Rhimes could do whatever she wants with whatever character she wants to do it with, it’s up to the fans to either watch, or turn the channel.