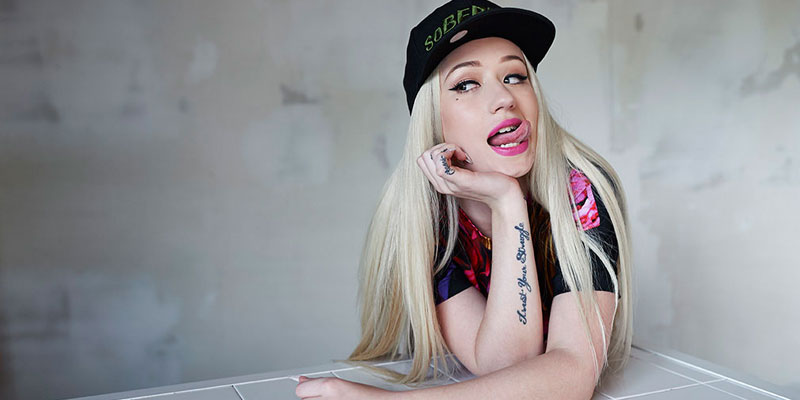 Iggy Azalea reveals on twitter that she has been diagnosed with TMJ Disorder. While some of you might think TMJ stands for “Too much Junk” because that’s what Iggy’s been talking all year, TMJ is an actual disorder.

The 24 year old took to twitter and let her fans know that she has been formally diagnosed with temporomandibular joint dysfunction.   A brief “googling” of the ailment and it appears that the disorder affects your jaw and your skull. Pain is often the result in the muscles and the jaw joint. As a performer this can be a major concern.

Iggy seemed take the news of the diagnosis well and sent out a string of encouraging tweets.

I’m back to work on my second album next week… Anxious to get going on it. The excited kind of anxious. — IGGY AZALEA (@IGGYAZALEA) December 31, 2014

Also last month I was diagnosed with TMJ which isn’t the best.

I don’t think western medicine all the way acknowledges what a huge toll mental stress takes on our bodies. But I do believe it is a factor. — IGGY AZALEA (@IGGYAZALEA) December 31, 2014

Anyhow I don’t think it will ever prevent me from doing anything I want to but it has made me realize it’s important to look after yourself.

So that’s my little update and message! Look after your body and mind in the new year, be safe and enjoy it all! See u soon Las Vegas!!! — IGGY AZALEA (@IGGYAZALEA) December 31, 2014

Also I have the most sparkled tasseled metallic outfit ever for NYE!!! Hahahaha.

Wow. What a brave girl right? Not so much.

After doing some further investigating I found out that in most cases this TMJ stuff is really not that big a deal. It’s mainly caused by people who habitually clench or grind their teeth. In most cases it’s “alleviated with self-managed care” or nonsurgical treatments. Unless it’s severe, then it’s really no big deal. In fact I bet a lot of people who have it, take two Advil and never give it a second thought.

Iggy, that was a good attempt at getting some sympathy but you get none over here. There are way too many serious illnesses that people are fighting for us to feel bad over “lock Jaw”. I have a recommendation of how you can alleviate your jaw pain, stop s*** d***.

Stop “starting drama”, that’s what I was going to say. What else did you think I meant? J