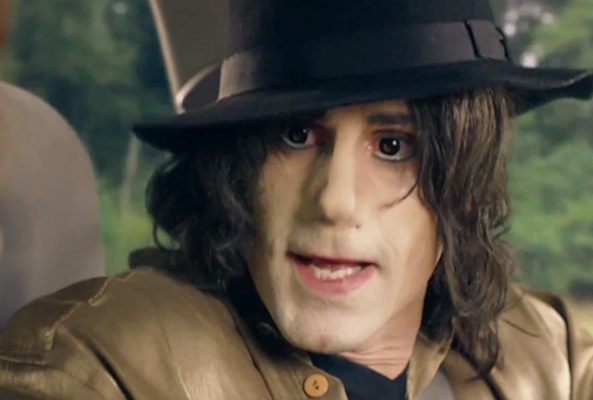 So there is this new comedy series in the UK titled Urban Myths. Sky Arts will broadcast this series, which features the dramatic retellings of fictionalized stories involving celebrities that have become “urban folklore.”

The first story being told is about Michael Jackson, Marlon Brando and Elizabeth Taylor. Apparently, there was some story going around after 9/11 about the three stars fleeing NYC in a car after the attacks. They had to drive cross-country together because all the airports were shut down.

This series will be telling that story, and do you know who will be playing Michael Jackson? Joseph Fiennes. A white dude who is best known for being the younger brother of Ralph Fiennes.

As we all know, Michael Jackson was a black man. Hiring a white actor to play him in a tv series is like hiring a stripper for your grandmother’s funeral. It doesn’t make any f–king sense, no one is going to like it, and you should have known better.

Obviously, people are not happy about this. And Joseph knew taking this role could ruin his career, but for some reason he decided to do it anyway. He told The Hollywood Reporter:

“The decision with the casting and the producers — I wrangled with it, I was confused and shocked at what might come my way and I knew the sensitivity, especially to Michael’s fans and to Michael’s family. It doesn’t negate who he was.”

What the hell, man? Do you not care about your career? Was there no one in your corner screaming, “NO! YOU DON’T WANT THIS. RUN. RUN NOW!”

He doesn’t even look like Michael Jackson. He looks like the lovechild of Professor Snape and Jason Biggs. The series is set to premiere on January 19 in the UK.