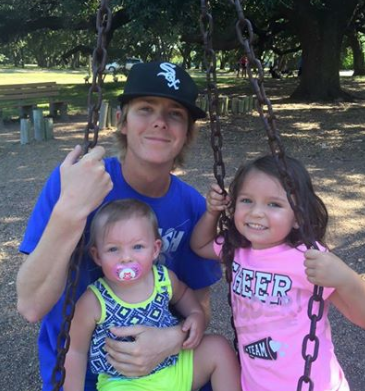 Thoughts And Prayers Needed: ’16 and Pregnant’ Star Myranda Trevino’s Husband Is In ICU After Fatal Accident

Back in 2012, a couple by the name of Myranda Trevino and Eric Kennemer appeared on the 4th season of 16 & Pregnant. A season that included Teen Mom 3 stars Mackenzie Douthit McKee, Katie Yeager, Briana DeJesus and Alex Sekella.

They were a pretty memorable couple and since appearing on the show, they have married each other and had another child together.

Things have been going well for them, but something terrible happened in Houston this past weekend. Eric and his friend, Scott Cohen, were involved in a fatal car accident. Cohen died in the accident, and Eric was rushed to the hospital and placed in the ICU.

“I would like to ask my Facebook friends to please say a prayer for my grandson Eric Kennemer. He was in a bad car wreck last night. He is in the hospital in Houston, TX. Say a prayer for his wife Myranda.”

And Myranda went on her own Facebook to share the terrible news with her friends and family. It doesn’t look like there have been any updates (at least none that have been made public) since her post on Monday. We’ll continue checking throughout the day to see if there is any update on his condition.

Being in the ICU is never a good thing, but we’re hoping he can make a full recovery. It looks like he has a loving family waiting for him back at home.