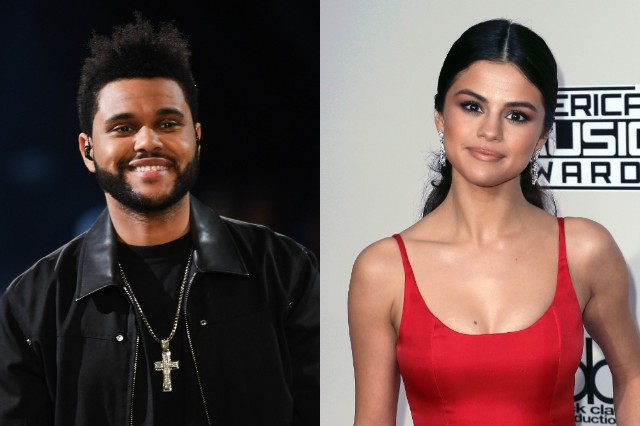 Sorry Justin! Selena Gomez and The Weeknd Are Dating; we have the receipts! (PHOTOS)

In case you were wondering how much of a rumor this is, we have the receipts.  This is beyond rumor at this point.  The two had dinner at Giorgio Baldi in Santa Monica and they couldn’t keep their hands off of each other.  Well actually, Selena couldn’t keep her hands off The Weekend.

Just so you realize, these photos are not spy shots, or some news reporter taking these from a hiding spot in a bush.  Selena was not only aware of the photos being taken, in some instances it appears as if she is posing. After the picture emerged, we knew where to go to get the dirt and sources were talking.  People reported what happened while the two were eating,

“It was a romantic dinner date in the rain.  They acted like a couple. They ordered pasta and shared the food. She seemed very into him — she was smiling a lot. They left holding hands.”

And Us Weekly reported what happened outside of he restaurant,

. “They came out and they were so happy.  They were hugging and kissing. … Selena was all over him, hugging, kissing [him]. She looked amazing and so incredibly happy and in love.”

Honestly, she looked like she’s in love and he looked like he couldn’t be bothered.  The Weeknd look like he as doing a friend a favor.  He looked like he just wanted smash, have her make him a sandwich and tell her to go home while he watched The Walking Dead.

We know that Selena is good friends with his Ex’s sister Gigi Hadid so needless to say, Bella is not too happy.  Instagram is going to be lit this week under #boughiebroads.