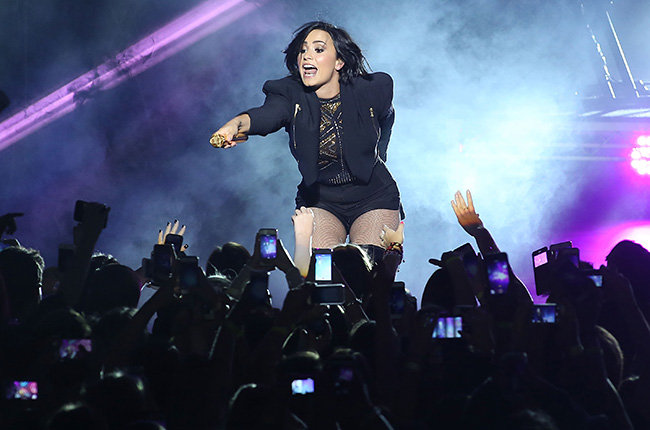 Demi Lovato Dedicates Song To Bruce Jenner During Concert, Calls Him An “Even Bigger Hero”

Well, we are sure you all saw it Friday night. Bruce Jenner’s two-hour interview special with Diane Sawyer. We’re not going to recap the entire event because almost every site on the internet (even The Weather Channel) has probably analyzed the sh-t out of it.

But we will talk about all the support Bruce is getting. Almost everyone in Hollywood seems to be supporting him, including, Oprah Winfrey, Ellen DeGeneres, Lady Gaga and Sam Smith.

And everyone who supports Bruce believes he saved lives Friday night with his interview. Demi Lovato dedicated a performance of the song Warrior to Jenner during her show at Vector Arena.

She then admitted that she never thought she would be dedicating a song to Bruce, but the way he opened up to the world Friday night surprised her…

No matter if you agree with it or not, he probably saved so many lives and educated so many people [about] transitioning into becoming a woman and being transgender and what that’s all about. So, yeah, I just want to dedicate it to Bruce Jenner.

Would you like to listen to this song? Of course you would! Just hit that play button below…