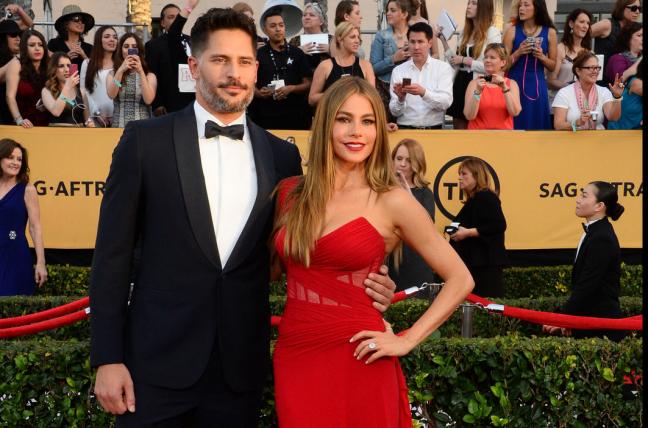 Sofia Vergara Wishes She Had Fake Boobs, Says Buying Bras Was A Nightmare!

There are several reasons to love Sofia Vergara. She’s funny, smart, beautiful, has an awesome accent, and she doesn’t mind talking about the important things in life.

Things like her natural 32F breasts. You know your boobs are big when their size sounds more like the temperature outside. Anyway, she talked all about her body during a recent interview with Vanity Fair. She admitted that it was extremely difficult buying bras in Los Angeles.

My boobs are, like, huge. My whole life, buying a bra was a nightmare. What I used to do when I moved to L.A., I found places like Frederick’s of Hollywood that make bras for streetwalkers.

And no, she’s not talking about “hookers.” The 42-year-old actress clarified by saying, “I can’t think of the word. You know, dancers…Strippers. Skinny girls with gigantic boobs.”

Ah, yes! Gigantic boobs! Now you have my attention again. And even though Vergara is proud of her body, she does admit her boobs are too much to handle.

Believe me, I wish I had fake boobs. I lay down and they completely go down like all the way, like here. It’s not fun.

On a more serious note, the actress also talked about how her roles in Hollywood are limited because of her accent. No one will give her a chance to show off her true talent as an actress.

I’m limited because of my accent, the way I look. And if I want to do more serious stuff I think I’m going to have to end up producing it myself. There is one thing that I want to do one day, and my son is the one that has encouraged me. He said that I should do a movie, and the character should be a crazy woman. Abusive or bipolar.

I think she would actually do great in a dramatic role, especially the one she described in the interview. Hopefully she is able to produce her own film one day. I would support it!