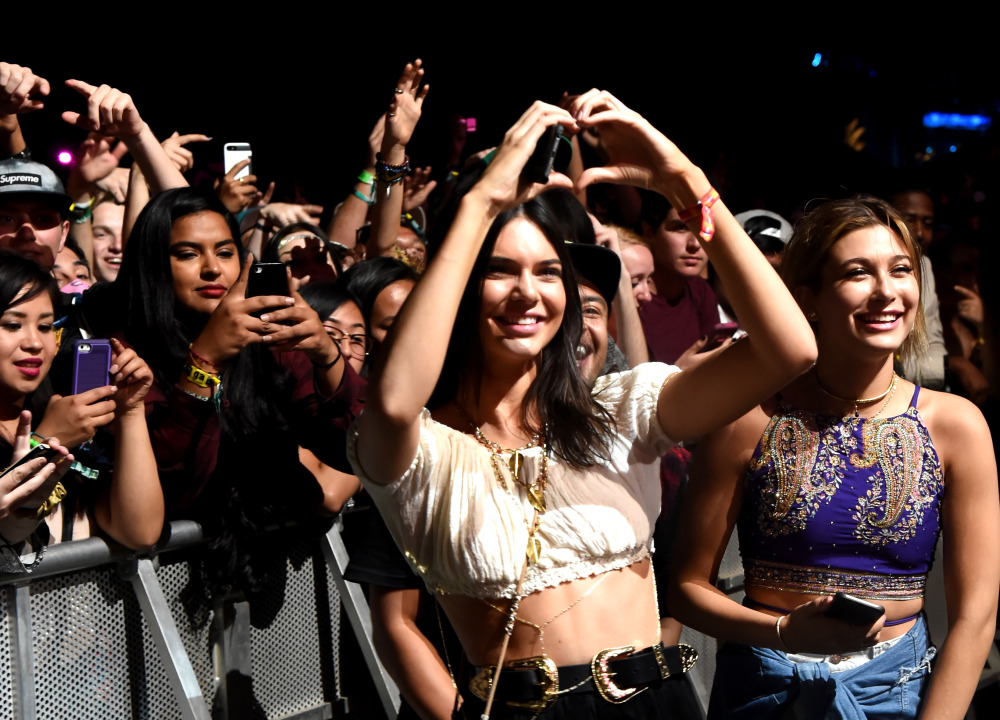 Watch: How Did Kendall Jenner Respond To Tyler, the Creator’s “F–k You!” At Coachella?

Kendall, Kylie and Bruce Jenner are making more headlines than the rest of their family combined right now. Last week, we had Bruce Jenner’s interview preview with Diane Sawyer, and we also had Kylie Jenner sticking her hand down her sister’s pants.

And now we have Kendall Jenner getting dissed by Tyler, the Creator during day 2 of the Coachella Music Festival. The 24-year-old rapper started ranting about the people who got the expensive seats in the VIP section. One of those people inside the area was 19-year-old Kendall Jenner.

Y’all the n—as that got money and paid extra. F–k all y’all, y’all boring. Everybody that’s in the real crowd, though, I f–k with y’all. Y’all gonna have a good time. These motherf–kers too cool.

But he wasn’t finished. He then called out Kendall by name. Check it out below…

So how did Kendall Jenner react? Well, it looks like she was pretty excited to be called out. Look at this photo below. I’ve never seen that amount of joy coming from someone flipping the bird. And before you start feeling bad for Kendall, you should know that there doesn’t actually appear to be any “hate” between Kendall and Tyler. It looks like he was just playing around and working the crowd.

We say this because after Kendall Jenner added a “love” comment to the video you see above, the rapper responded by tweeting, “@KendallJenner PEOPLE REALLY THINK I HATE YOU LOVE HAHAHAH”

Another happy ending at Coachella.