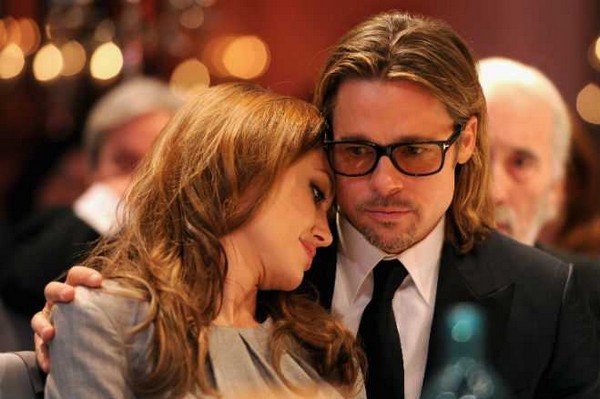 8 Celebrities Who Don’t Believe In God

“Oh, wow. I can’t believe I won. I’d like to first thank God. I wouldn’t be here without him.” <—- How many times have you heard something similar to that at an award show? Probably a lot. Just like most athletes, celebrities are quick to give God all the credit for their success, which is fine if they truly believe it.

But there are some celebrities out there who won’t be giving thanks to God the next time they win an award. The 8 celebrities you see below believe Heaven truly is on Earth. Honestly, it shouldn’t be surprising to hear that the man behind Dr. Gregory House is an atheist. He’s been very open about his views on religion and actually got in trouble with some people after sending out the tweet you see below last year… Jon Hamm hasn’t been as abrasive as Mr. Laurie up there with his views. In fact, we can only find one or two times where Hamm has actually talked about religion. While promoting Million Dollar Arm, Mr. Hamm talked to The Irish Independent newspaper about how his parents’ death put him off the religion trail…

“That was pretty much it for me. I don’t get the mystery of faith. I’m too much of a math guy. The numbers didn’t add up so I was like, ‘OK, moving on.’ I don’t need an afterlife; I don’t need a second act.” We can’t be 100% sure, but we believe the photo above shows Kathy expelling the last piece of religion in her body out through her vagina. The 54-year-old comedian made it clear back in 2007 how she felt about Jesus. While accepting an Emmy for her reality show My Life on the D-List, Griffin told Jesus to suck it…

“A lot of people come up here and they thank Jesus for this award.  I want you to know that no one had less to do with this award than Jesus. So, all I can say is, ‘Suck it, Jesus. This award is my god now!'”

After hearing people complain about her speech, she defended herself by saying, “My parents sent me to Catholic school, which only made me the vehement militant atheist that I am today.” Whaaat? Harry Potter is an atheist?

Don’t worry, Ron. We were also shocked to hear the news. He announced that he was an atheist during an interview with Esquire magazine in 2009, “I’m an atheist, but I’m very relaxed about it. I don’t preach my atheism, but I have a huge amount of respect for people like Richard Dawkins who do.” He told the magazine.

Pfft. Whatever, Mr Potter. Who do you think gave you all that magic? This one probably doesn’t surprise you. Ricky has been an atheist since he was 8-years-old, and according to the man himself, it only took him about an hour to make the decision. In 2010, he wrote an interesting editorial piece in the Wall Street Journal…

“‘Do unto others…’ is a good rule of thumb. I live by that. Forgiveness is probably the greatest virtue there is. But that’s exactly what it is — a virtue. Not just a Christian virtue. No one owns being good. I’m good.”

You can read the full piece by clicking this link. Keira Knightley just might be the most adorable person on the planet. This has nothing to do with her views on religion, I just wanted to point that out. Anyway, back in 2012 she joked about wanting to be Catholic so she could ask for forgiveness of her sins, “If only I was a Catholic I could get away with anything – you’d ask for forgiveness and then you’d be forgiven.“

I know the feeling, Keira. You wouldn’t believe how many times I’ve wanted to ask for forgiveness for things I’ve done while staring at photos of you. Yes, it’s true. The man who actually played God on the big screen is an atheist. Or at least we think he’s an atheist? During an interview with TheWrap, the 78-year-old actor asked, “Well, here’s a scientific question: Has anybody ever seen hard evidence?” He then started talking about how we invented God, “So if I believe in God, and I do, it’s because I think I’m God.”

You’re correct, Freeman. You were God, for about 100 minutes in Bruce Almighty. Actually, not even that long because you let Jim Carrey play God for most of the movie.

What the hell were you thinking? Pitt was reportedly raised a Southern Baptist, but the religious life just wasn’t for him. He’s not 100% atheist, though. In an interview back in 2009, the actor explained that he is both agnostic and an atheist…

“I’m probably 20 percent atheist and 80 percent agnostic. I don’t think anyone really knows. You’ll either find out or not when you get there, until then there’s no point thinking about it”

He obviously can’t go full atheist because of his beautiful hair. He probably looks at himself in the mirror and thinks, “Someone had to create this sh-t.”