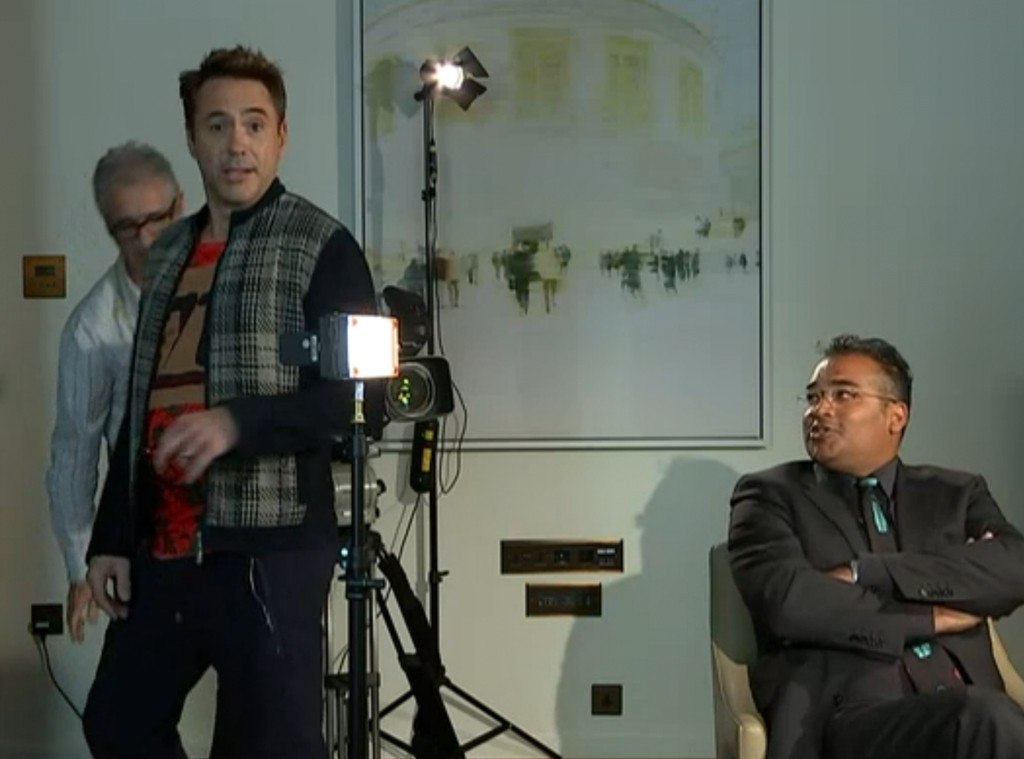 Robert Downey Jr. Walks Out Of Extremely Awkward Interview, Watch The Video Inside! ‘Avengers: Age of Ultron’ will slam into theaters in just a little over one week on May 1, 2015. This means Robert Downey Jr. has been traveling around the world to promote the film while answering the same questions over and over again by reporters.

But a reporter in London decided to make things interesting. Channel 4 News reporter Krishnan Guru-Murthy started off the interview by asking the normal round of questions. He was asking some decent questions about the movie, but about halfway in, you could tell he was moving toward something bigger.

And then at the 3:45 mark, Guru-Murthy started to take his turn down a road that should have been blocked off. He brought up that famous quote Robert Downey Jr. gave the New York Times several years ago…

You can’t go from a $2,000-a-night suite at La Mirage to a penitentiary and really understand it and come out a liberal.

That’s the quote, and that is the moment the 50-year-old actor started to get really uncomfortable. Check out the awkwardness below, the good sh-t starts at around the 4:00 minute mark.

I don’t know about you, but I could really use a shower right now. Man, that was uncomfortable! But maybe not quite as uncomfortable as Guru-Murthy’s interview with Quentin Tarantino back in 2013…

Geez. I can’t tell if this dude is just trolling for ratings, or if he’s just one of those people who never know where that “line” is. Either way, I am finding his interviews highly entertaining.