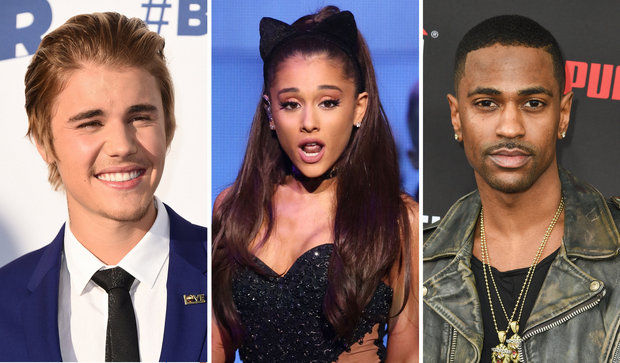 A few days ago we told you about Big Sean and Ariana Grande’s breakup. According to the reports, they decided to ends things earlier this month, a few days before Justin Bieber hugged Grande from behind while she performed on stage in Los Angeles.

Obviously this means Bieber had nothing to do with their breakup, right? It happened before the hug! But wait, is there more to this story? You bet there is. We told you the other day that the sources would be coming out, and that is exactly what is happening right now.

Sources claim Big Sean ended the 8-month relationship because Grande was “immature.” It all started back in February when the 21-year-old singer failed to support her rapper boyfriend during the most important night of his career at the House of Blues. All of his friends showed up, even Justin Bieber, but Grande decided she needed to rest before the Grammys the following day.

This didn’t go over well with Sean, and this was apparently a common problem in their relationship. Big Sean was always putting in more effort, according to TMZ sources.

Sean also traveled to see her ’10 times more’ than she went to see him. He claimed once she demanded that he blow tens of thousands of dollars to take a private jet to see her.

Okay, so how does Bieber’s on-stage hug factor into all this? Sources say before that embrace, the door was still open for the couple. They were still talking and trying to get back together.

But when Justin pulled that stunt on stage? That was the end for Big Sean; however, he’s not blaming the Biebs. He believes Ariana set the whole thing up to hurt him. To make him jealous.

Damn. That’s cold, Ariana. The Bieber weapon should never be used on anybody, and especially not on someone you claim to love.