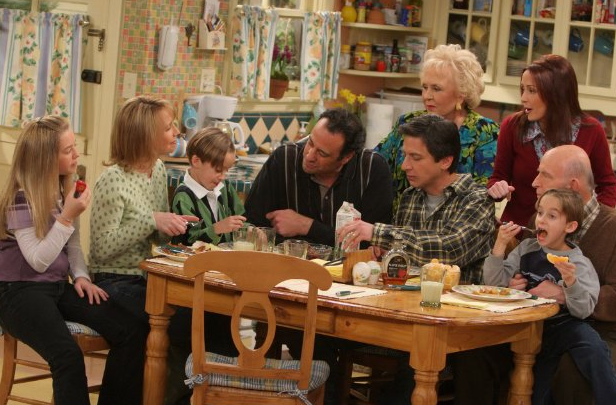 You might not recognize his name, but we are sure you recognize his face. 19-year-old Sawyer Sweeten played little Geoffrey Barone on the hit show Everybody Loves Raymond. He, his real-life twin brother, and his big sister Madylin Sweeten were all together on the show as the children of Ray and Debra Barone.

In total, Sawyer appeared in over 130 episodes of the Emmy-winning sitcom. But sadly, we are now hearing that the 19-year-old actor has died in an apparent suicide.

The news was confirmed by one of his reps. He reportedly shot himself while visiting family back in Texas, which is where he was born. His sister Madylin sent out the following statement…

This morning a terrible family tragedy has occurred. We are devastated to report that our beloved brother, son, and friend, Sawyer Sweeten, took his own life. He was weeks away from his 20th birthday. At this sensitive time, our family requests privacy and we beg of you to reach out to the ones you love.

As she mentioned in her statement, Sawyer was just weeks away from turning 20. His birthday was coming up on May 12. The star of the show, Ray Romano, also sent out a brief statement to E! News…

He was a wonderful and sweet kid to be around. Just a great energy whenever he was there. My heart breaks for him, his family and his friends during this very difficult time.

The show ended back in 2005, and according to Sawyer’s IMDb page, he decided to take a long break from acting after the show. In fact, it looks like he stopped acting completely after the show went off air.

Our thoughts go out to the family. And like Madylin mentioned in her statement, please reach out to the ones you love, especially if you know they have been struggling with suicidal thoughts. You might be able to save a life.