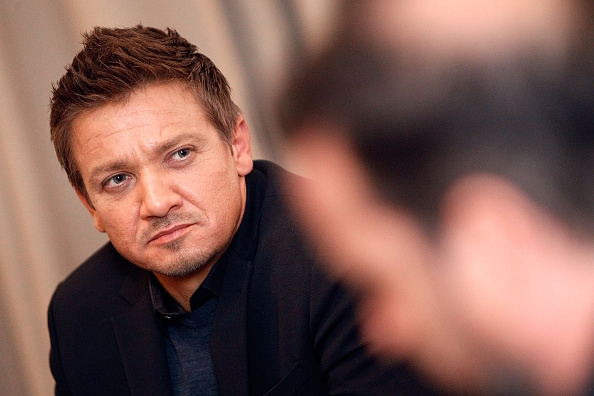 You have all probably heard the rumors. For some reason, people believe Jeremy Renner is gay. There are people online who would bet their house on it. And for the most part, Renner has ignored the rumors, but in a recent interview with Playboy, the 44-year-old actor addressed the situation.

He started off by pointing out the obvious. When people start caring so much about your sex life, you are officially a movie star. People now give poops about you, “When you google yourself and the first thing that comes up is ‘Jeremy Renner gay,’ it’s like, ‘Oh, now you’ve arrived. You’re now a giant movie star.'” He said during the interview.

And then he went even deeper…

F–king say whatever the hell you want about me. Look at where we’re at socially—leaps and bounds ahead of where we started. That’s an amazing thing. To suggest that it’s negative, that being gay is a terrible thing, a perversion or whatever—I just don’t get it.  Don’t you wish we were in a world where we’re not shaming, judging and boxing people in?

That’s a pretty solid response, Renner. It really doesn’t matter if he’s gay or not. His job is to entertain you on the big screen, and that’s not dependent on him being straight.

He also talked about his intense resting face…

My resting face can be very stern, like ‘murderous resting face.’ I still don’t know how people perceive me, and ultimately I don’t care. They seem to think I want to murder them or I want to f–k them.

Or maybe both? A quick f–k and then murder? Or if you’re really messed up, maybe you could murder them and then f–k them? But of course, all the internet trolls care about is, “WAS HIS VICTIM A MAN OR A WOMAN?!?”