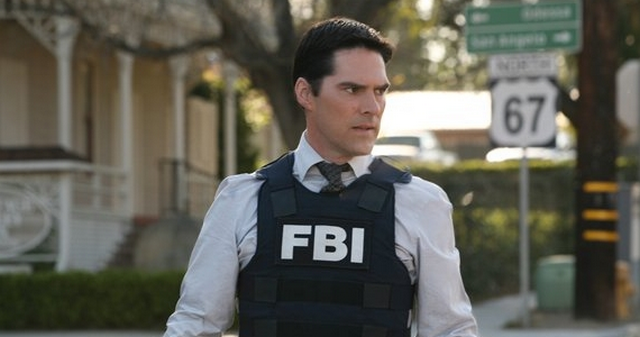 ‘Criminal Minds’ Star Cheats On Wife, Gets Catfished While Doing So (VIDEO)

Oh, life. Sometimes you suck so damn much, but on rare occasions you provide us with such hilariousness like this and make everything all better again.

Thomas Gibson, best known for his role in Criminal Minds and his role as “Greg” from the underrated ’90s show Dharma & Greg was “catfished” by a woman on the internet. Apparently, some woman contacted the actor on Twitter two years ago. The woman found fake photos of a “scantily clad” woman and pretended to be her while talking to Thomas.

She expressed how big of a fan she was and their relationship took off. They talked on and off for two years after that. She showed him nude photos of this woman and in exchange, he allegedly sent some naughty photos of his own.

He also would send her videos and the woman sent TMZ one of those videos. Gibson filmed this embarrassing hot tub video in Utah sometime around Christmas last year,

Wow, what the hell was that? What was up with the weird breathing? Was he doing sprints before the video, or was that him trying to be sexy? I’d feel bad for the guy if it wasn’t for the fact that he has a wife! They’ve been married for twenty years now and have three kids together.

It looks like he’s going to have a lot of explaining to do. I just can’t believe a celebrity would trust someone like this without having met them, or at least Skyped with them. He got what he deserved, though. He shouldn’t have been trying to cheat on his wife!