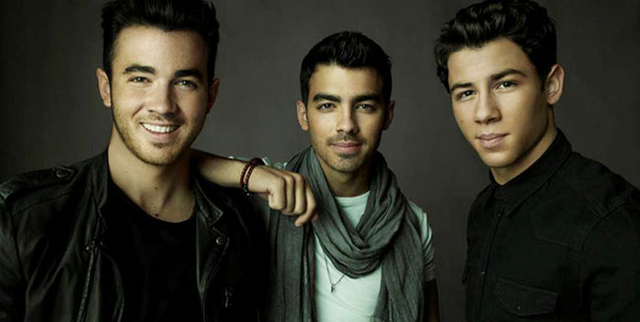 Well, the Jonas Brothers have just disappointed what fans they still have left by canceling all of their fall tour dates just two days before it was set to begin.

Spokesman Jesse Derris made no secret as to why the tour was canceled,

“There is a deep rift within the band. There was a big disagreement over their music direction.”

That’s all anyone knows at the moment, but it’s clear that The Jonas Brothers might just be over. We’re sure that the brothers have had arguments in the past, however, this one seems to be major. They love their fans, and for them to cancel the tour two days before it was scheduled to start must mean that there is something really wrong.

Of course, everyone who has bought their tickets will be refunded, but we’re sure that doesn’t help the thousands of disappointed teen girls.

This news is somewhat surprising when you consider the fact that there were not any signs of trouble from the band. They were recently interviewed by several different magazines, and they seemed to getting along just fine in every one of them.

If this is the end for The Jonas Brothers, they have certainly had a good ride. They have sold over 20 million albums around the world, which is not easy to do in this day and age.