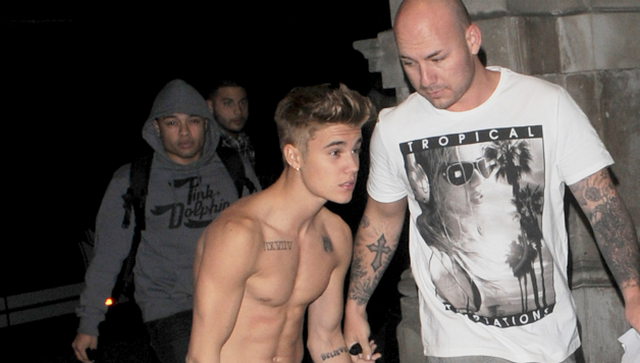 We can’t go more than a week without hearing some bad news coming from Justin Bieber’s camp. This week, it’s the 19-year-old’s bodyguard and driver who are in trouble with police.

According to Sandy Springs Police Capt. Steve Ross, Justin Bieber was at an entertainment complex north of Atlanta Tuesday night. Everything was going well until Bieber’s bodyguard, Hugo Hesny, felt a photographer was getting too close to the pop star.

There was an argument between the bodyguard and photographer. The photographer drove off after the argument, and Bieber’s driver and bodyguard followed him.

Eventually, they caught up to him at a parking lot and stole his camera. The stolen camera was reported to the police, and officers stopped the bodyguard and driver as they were pulling up to the house Bieber is currently renting.

Two arrests were made, but no more information is available right now. It doesn’t look like Bieber was involved in this situation, so he doesn’t have anything to worry about. He actually posted this “inspiring” message last night to his Facebook page.

“bday week. wish the world would learn to believe in the goodness in people and be kind to one another. together we can change the world :).”

Okay, Bieber. Please inform us on all the things you are doing to change the world. Yeah, you’ve done some stuff for charity, but nothing more than the normal celebrity. You could be doing a lot more with all the money and time you have.

But you know what you’re doing instead? Dropping $70k at strip clubs.

What a philanthropist you are.