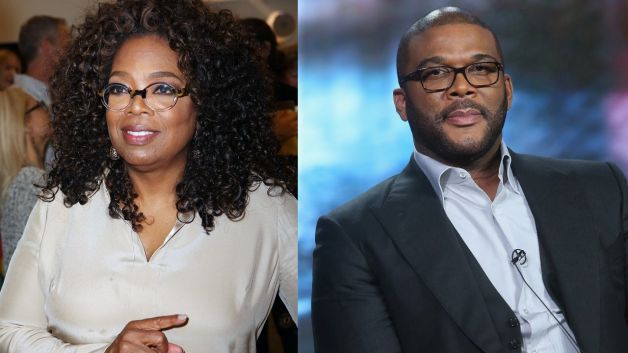 Unlikely Feud: Tyler Perry and Oprah Are No Longer Besties. Find Out What Has Oprah So Angry! What could these two titans of industry be fighting about? Not only are they both super successful, they both pride themselves in being ambassadors of love, kindness and generally making people’s lives better on a daily basis. Well, all that bubble gum and popcorn nonsense flies out the window when you sprinkle in three letters:E – G – O. Both of these super celebrities have egos almost as big as their bank accounts and when one steps on the other, the gloves come off. In this case Oprah stomped on Tyler’s and Tyler stomped back.

OPRAH HAD A BIT OF ADVICE FOR TYLER

Things started to break down over the last 6 months all stemming from feedback that Oprah received regarding Tyler Perry’s show ‘The Have and Have Nots’. While we all know that Tyler Perry’s writing is simplistic at best (which might be part of his appeal), Oprah decided to do some research on her own. She had focus groups watch and critique “The Haves” and their feedback was that the writing could be improved significantly. Not just a little; SIGNIFICANTLY.

That’s a hard message to deliver, but Oprah thought, since they had such a great relationship she could just be open and honest. She quickly learned that Tyler Perry is not Gayle King. He is, and was rich and powerful without her. When Oprah suggested that he hire some additional script writers, he did not take it well at all. In fact, he kind of went off. According to the Daily Mail, when Oprah provided the advice of hiring better writers, Perry said,

Aren’t the shows delivering ratings for the network? Well, then let me do what I do and you can keep your focus group research to yourself

What Tyler was specifically referring to was the fact that The Haves and the Have Nots, season-three finale pulled in 3.71 million viewers, making it the third-highest scripted cable telecast of the summer, only behind episodes of Pretty Little Liars and Fear the Walking Dead. Not too bad for crappy writing.

Oprah had to then remind him, that she threw him a bone, not the other way around. After Tyler’s outburst, Oprah fired back…..