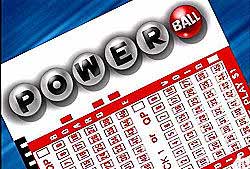 This story is crazy.  I personally had a Fairfield County Powerball ticket for that drawing and had to search like crazy to find it.  Guess what?  It wasn’t me.   The odds of winning are 1 in 200 Million!!

This dude is basically a garbage man or as described – a Sanitation Worker and he wins $254 Million dollars.  Ahhhhh.  $1 million would be bad enough, but the largest jackpot in Connecticut’s history.

The man says he bought the ticket at Belltown Superette in Stamford.  The store owner Sunni Patel recounts her encounter with the man.

“He said it’s his number, but he can’t find the ticket lost ticket, so I don’t know what to say. (How upset was he?) A little upset,”

The man somehow has to either produce the ticket or prove that he’s the winner.

I wanted to get the real skinny on the story so I scoured all of the local online papers to see if anyone was as interested as I was and I came across the” Stamford Advocate.com”.  They tracked the garbage man down and poked even more holes in his story.  A snippet from the story read:

Staff Writer Jeff Morganteen tracked down the garbage man at the center of the rumors and, pardon the pun, but the story doesn’t seem to pass the sniff test. I hope he’s just being coy and secretly getting his affairs in order before turning in a ticket to a new life, but as of Friday, he wasn’t sure when he bought the ticket, what any of the numbers were and since he couldn’t produce the ticket, he couldn’t definitively say he had won for sure.He said friends had told him he won, but couldn’t say how they knew.

Base on that information, this dude is most likely a fraud.  Let’s wait for the real winner to emerge.  So far Connecticut Lottery says only that the winning ticket was sold in Fairfield County. No specific municipality is mentioned.