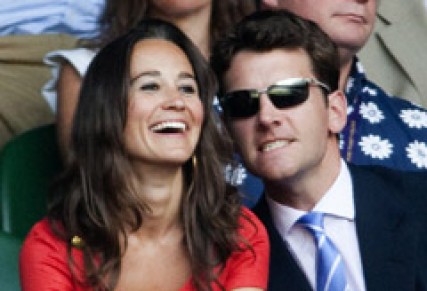 Pippa Middleton and Alex Loudon have Split Up – For Real The best part of Gossip from the UK is the time difference.  Fresh off the press, we find out that Pippa Middleton and Alex Loudon are a wrap!  The 27 year old has called it quits.

She was reported having spent the past weekend with Kate and William for support.

The couple had a huge argument this summer, so this isn’t so shocking.

A source revealed earlier this year:

“It was said after the wedding that Alex was jealous of Pippa flirting with Prince Harry. But the truth is she and Harry are just mates.”

There were also rumors that Alex just couldn’t handle all of the attention Pippa and her pipes have been getting lately.  She is a new international sex symbol.  She killed that bridesmaid gown and that sent the world into a Pippa frenzy. I think this time might be for good….if so Pippa – Holla At Your boy!!