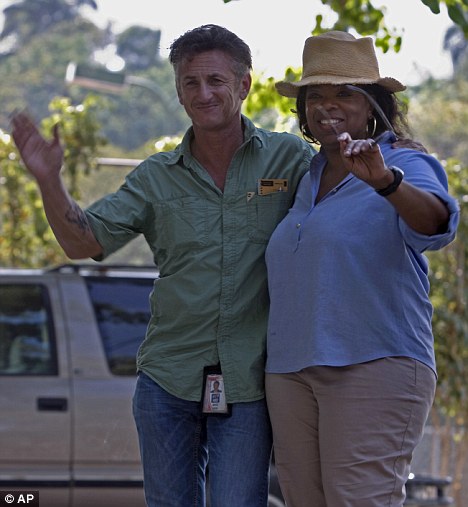 Oprah Visits Senn Penn in Haiti for her New Show Oprah is hard at work in efforts to save two things in dire straits, Haiti and her network!  She flew into Haiti to interview Sean Penn to discuss the work that he is doing in Haiti with his group J/P HRO.

After flying into Haiti a week after the earthquake Sean Penn has decided that helping there is something that needs to be a longer term effort.

Sean will be featured on Oprah’s new show “The Next Chapter”.  Oprah told reporters,

‘This is part of the next chapter, going around the world to see interesting and fascinating cases of profound examples of what can be done to make a difference in the world,’

OPRAH TO MEET WITH SWEET MICKY

The President of Haiti, Michel Martelly will meet with Oprah today in hope of getting additional support from the mega superstar for his country.  The president known in the music world of Haiti as Sweet Micky plans to tour to raise money for education and is soliciting Oprah’s support,

‘We would take the tour to Los Angeles, Korea, Japan, France to raise money for the children’s education,’

‘I will get on it and dance and have great groups of entertainers to perform to help Haiti, including Wyclef Jean and Oprah and have others play my music and sing my songs.

As you can imagine the crime rate in Haiti I high so security was tight.  Photographer Lionel lafortune wasn’t so fortunate.  He was covering the story when guards snatched him up and dragged him into a small police camp where he was forced to erase the photos that he took on his camera.

Once a senior official arrived and Lafortune was identified as a repoter for the newspaper Haiti Progress he was released and allowed to handle his business.

Here are some additional photos of Oprah’s visit….I noticed there was no Gayle. 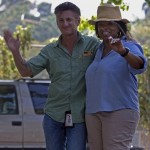 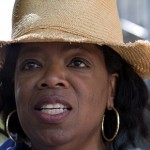 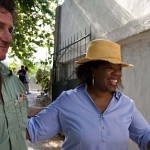 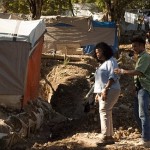 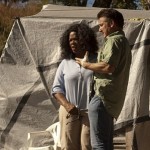 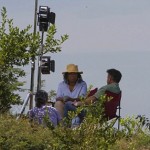