Gary Busey Files for Bankruptcy, Says he Has Less Then $50,000 [video] 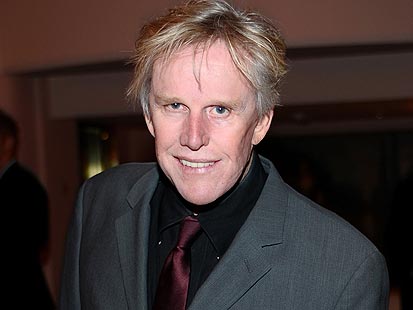 I have to say, I’m not that surprised.  If you would have seen the episode of Celebrity Wife Swap you wouldn’t be surprised either.  He had to swap wives with Ted Haggard.  (Ted, you know Ted right? He was the pastor who was outed for having sex with a male prostitute and doing drugs…remember him?)

Well during the episode you get a chance to see what Gary is really like.  Dude is just crazy weird.  He was saying things like,

“Earth is the best vacation place for advanced clowns,”

Gary talked nonstop during the whole episode.  When Ted Haggard’s wife asked if Gary went to Church, Gary’s reply was,

The only thing he left out was “Beeayctch”.

Gary is a nut job, period.  Having some huge hits under his belt such as Lethal Weapon, Point Break and The Buddy Holly Story he shoul dhave had enough bank to last lifetimes.  He says that he less than $50,000 and owes at least ten times that.  The best – celebrity net worth has him listed at -$500,000.

At age 67, Busey is still working.  He just wrapped up a movie with Christopher Lloyd and Ving Rhames (Piranha 3DD)  so at least one pay check is on its way.

Watch this promo video for “Celebrity Wife Swap”.  Gary is just a nut.  Look at him twitchin’ he can’t sit still.  Watch his eyes, his face, his hands….it’s priceless.  That motorcycle accident where he hit his head really must have shook something loose.  This is great!