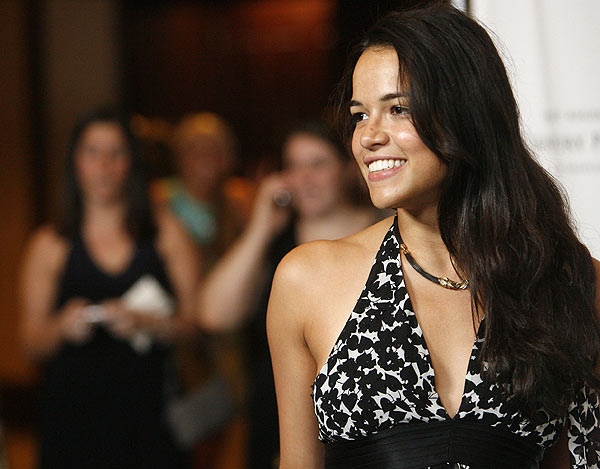 Michelle Rodriquez Makes Some Idiotic Remarks About Race and the Oscars?

During an interview with Vulture, Michelle Rodriguez made some very….racist? accusational? Ignorant? Remarks about the Oscar’s.  You tell me.

Vulture caught up with Michelle Rodriguez just after she saw the Nicole Kidman film Paper Boy.  She was all about the controversial flick. She had nothing but good things to say about the director Lee Daniels,

She is then asked about a particularly vulgar scene where Kidman actually pulls an R.Kelly on Zac Efron.  She drops an F-bomb and then drops a Race Bomb!

“One of my friends said, ‘She’s going to get nominated for an Oscar for that.’ I was like, ‘Nah, man. She’s not black!’ I laugh, but it’s also very sad. It makes me want to cry. But I really believe. You have to be trashy and black to get nominated. You can’t just be trashy.”

She must mean women because the only trashy male characters to get nominated were, Terrance Howard in Hustle and Flow and Denzel in Training Day.  For leading women the list is only 9 total since 1954 and the only one would go to Halle Berry for Monster’s Ball.

What she really met to say is that the only time you WIN as a Black actor is if you play a trashy character!  That’s much more accurate.