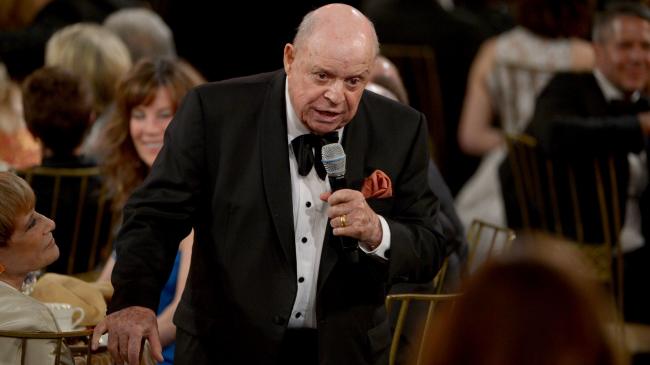 The 6 Best Don Rickles Insults from his Performance at the American Film Institute’s Tribute to Shirley Maclaine.

Don Rickles was doing what he does best last week at the American Film Institute’s tribute to Shirley Maclaine.  It was a Black tie affair packed with celebs to celebrate her life time achievement award.  Rickles proved why he is a legend and one of my favorite comedians of all time.  He was as sharp and full of wit as ever.  Here are 6 of the best insults from his set:

At the beginning of his set the crowd appeared offended but by the end of his set, they were entertained.  In the end, it’s just jokes.  Rickles then poured on the charm  and paid the guest of honor a most gracious complement.  To Shirley Maclaine he said,

You have a charm and a warmth and class. I’ve known a lot of people in showbiz, but I’m so proud that you asked me to be here tonight.”

For an 86 year old he’s still got it!  Here’s some vintage Rickles.