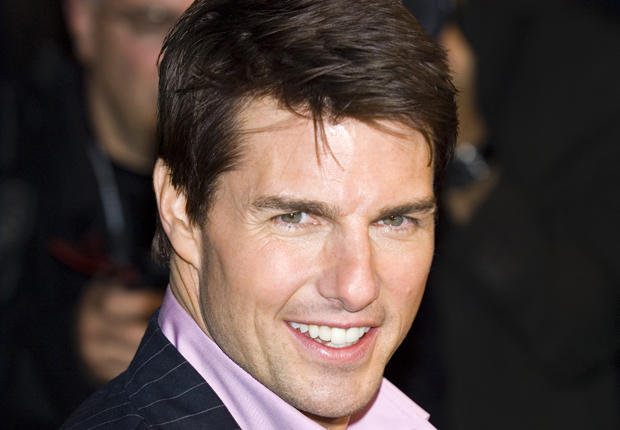 CRUISE
Like we said two stories ago, Cruise’s personal life might be a complete mess but career wise he is TOP GUN.   Literally, he is on top of Forbes annual list of the 100 highest paid actors.  Cruise spanked Leo largely due to Mission Impossible Ghost Protocol which earned $700 Million dollars worldwide.  Cruise pulled in a cool $75 million from May to May.

That’s got to feel good!

What a comeback from the OCJ (Oprah Couch Jumping) incident.

DiCaprio
Leo tied for 2nd with a very unlikely Adam Sandler.  I’m not sure if they could ever be tied for anything else ever again, or if those names will ever be spoken in the same sentence.  DiCaprio had a disappointing showing with J Edgar.  Although his performance was noteworthy, Warner Brothers and Clint Eastwood quickly found out that no one really cares about Hoover – especially overseas.  The film only earned $80 Million Globally.

SANDLER
Sandler’s big win came from Jack and Jill which was a big loss for Columbia Pictures.  They spent nearly $80 Million to produce the movie which only made $74 Million.  Those who don’t like Sandler got a double dose when he played himself as well as his twin sister.  Oy Vey!

THE ROCK!
It gets better folks.  Number 4 on the list – The Rock!  $36 Million thanks to Fast Five which made $626 million.  He was the savior of that franchise and hopefully he will try and do the same for GI Joe.

BEN STILLER
And rounding out the top 5, Ben Stiller. Let’s not forget that Stiller is the man behind Meet the Parents, Night at the Museum and Madagascar franchises.  He came in at a cool $33 Million.

It’s noted that while ranking, Forbes took into account upfront pay, profit participation, residual and endorsement and ad work.  What they didn’t take into account was acting or talent.

To further support my last statement, Sacha Baron Cohen came in at #6.

I’m still trying to get to the full list, I might have to buy it the magazine.