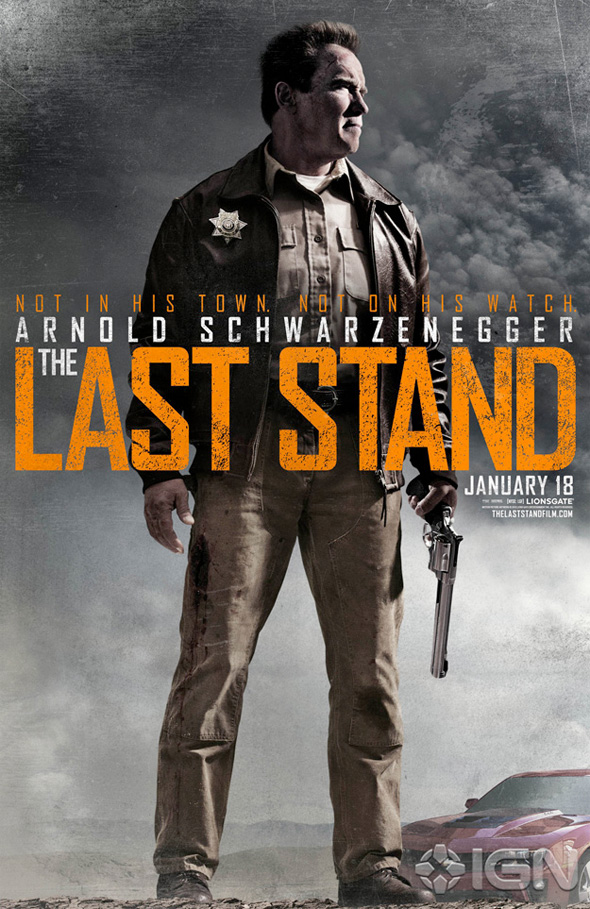 Earlier this week the movie poster for Arnie’s new movie “The Last Stand” was released.  I would have saved that hype if I knew the trailer was coming a few days later.

Now you get to see why all the people invited to the movie screening were so excited.  Arnold actually looks good and is still full of his infamous, action hero one liners as well as car chases, big guns and over the top action.

At one point, Arnold breaks through the double doors of a diner and crashes to the floor.  One of the patrons asks, “How Are you Sherriff? “

Arnold looks up and replies, “Old”.

I’m not too familiar with the work of the film’s director Kim Jee-woon but he has a cult like following amongst Asian fans.   The Last Stand will be his debut into English speaking cinema.  From the action in the trailer, there will be many more opportunities coming across Kim Jee-woon’s desk after this release.

Johnny Knoxville, Forest Whitaker and Luis Guzmán also help Arnold take on the bad guys.  Lionsgate put up $30 Million to prove that Arnold can still put asses in the seats.  Is it a good bet?  Watch the trailer and see for yourself.