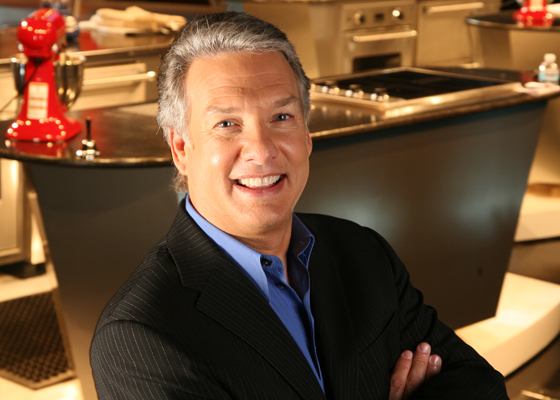 Marc Summers, known from my generation as host of Double Dare, and Family Double Dare now known for his shows on the Food Network, Restaurant Impossible and Unwrapped, suffered severe facial injuries in a car accident that left him barely able to see out of one eye.

During a downpour, Summers caught a taxi in Philadelphia after filming his show for the Food Network.  The taxi hit a water patch and began to hydro plane out of control and crashed. During impact, Summers face hit the partition between the driver and the backseat.  He told People the extent of his injuries,

‘Everything on the left side [of my face] from my eye socket down was just wiped out, My eye socket got all swollen. I’m having trouble seeing completely out of the left eye … There’s lots of titanium and screws in my face.’

Summers went through a four hour operation which included plastic surgery in attempts to restore his youthful appearance.  After all he’s a TV show host.

Summers was actually on the phone with his producer when the crash was happening.  He said into the phone,

“Oh my God, we’re going to crash!” Next thing I knew, I woke up and had blood all over me.’

He is expected to fully recover and thanked all his twitter fans for his support.

He says the accident has given him a new cause; he is campaigning against the plastic partitions in taxis.  This is actually a real threat in major cities especially Philadelphia and New York.  Who knew?  A taxi official said,

“If the partitions in taxis on the road now were subject to federal safety standards and crash tests, they would all flunk,”

As you can see from the photo the latest partitions have protruding steel nuts and bolts, sharp-edged credit card machines and change cups at face level; all of which would and does cause extensive facial injuries even during low speed collisions.

While Summers is taken on the cause for safer partitions, damage can be minimized by wearing your seat belts.  Many passengers who religiously buckle up when they drive, fail to do so in a taxi, including myself….Until Now.