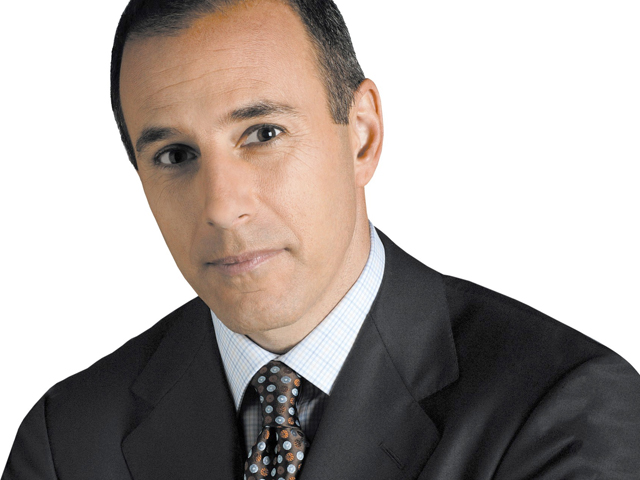 Matt Lauer is Cracking Under the Pressure of Being the No. 2 Morning Show

Matt Lauer is starting to feel the pressure and he’s making sure everyone around him is as well.  With ratings starting to sink, as GMA plays the sympathy card milking Robin Roberts illness, Lauer has reportedly taken control of the show.  Reports say that he has been repeatedly berating the staff and the words, “Good Morning America” can’t even be mentioned around him.

Lauer has now insisted upon being part of all key decisions and constantly telling the staff that they are not trying hard enough.  A source tells the NY Post,

“Matt’s turned into an anchor animal,” said a network source. “He’s making all editorial decisions, he’s running the show and he’s not listening to anyone . . . it’s a huge problem.”

With Robin Roberts scheduled for her bone marrow surgery tomorrow morning and a slew of guests anchors filling in while she’s out, GMA is ready to win a third consecutive week over The Today Show.  This is a huge blow to Lauer.  The NBC source says,

“He has gone so crazy about ratings that staff on ‘Today’ are not even allowed to mention ‘GMA’ to him, In the past, they’d discuss great segments other shows do. Matt’s berating the staff, telling them to work harder.”

Lauer and executive producer Jim Bell have been “meeting to discuss issues with the show and how to fix it,”

“Please print this story — it’s the most interesting and dangerous I’ve ever sounded!”

I think things for the Today show are going to get worse before they get better.  However, I wouldn’t be surprised if the Today show leaked this story to the NY Post.  Stories like this are free publicity.  Now we will be tuning in to see Matt Lauer for ourselves..  NBC – I see what you dun did there!