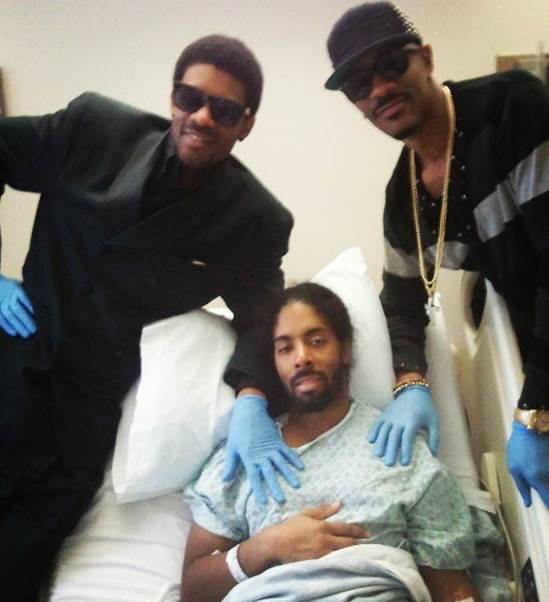 Remember these dudes from VH1!!  They had that spinoff from I love New York.  It was called ‘Real Chance of Love’.  It ran for two seasons and it was about Chance and his brother Real trying to find some love.  The show was a hot mess, but we watched because it was fun and these dudes were just out to have a good time.  I believe they called themselves “Stallionaires”.

The one named Real has fallen critically ill.  Real’s actual name is Ahmad Givens and he has been diagnosed with Stage Four Colon Cancer.  That’s the same thing that took out Patrick Swayze and Farah Faucett.

HE THOUGHT IT WAS THE FLU!

Real got sick in January he says he thought it was only the flu.  At 33 years old, after going back to the hospital more than four times, doctors thought it was something wrong with his liver…until last week.  He was finally diagnosed with stage four colon cancer.

For those who want a quick lesson:

At stage 4 basically it’s time to start working on your bucket list.  Our prayers go out to Ahmad and his family. Even a long life is short!